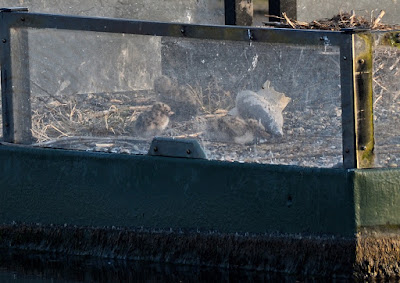 Some excellent updated news from Conder Pool. The Common Tern have three chicks on the pontoon, all ringed and one being a runt which is becoming a tradition with the Conder Terns.... 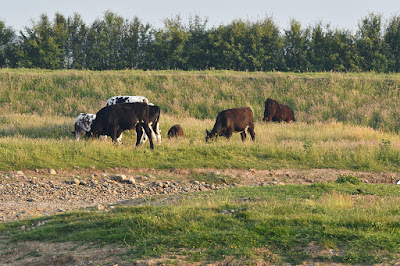 ....and the farmer has replaced the sheep with coo's! 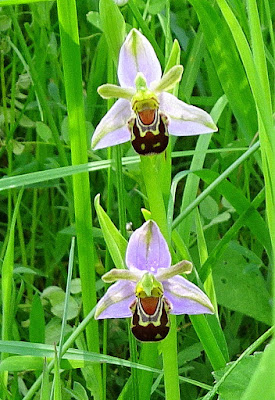 I made my third visit to a local site to count at least 147 Common Spotted Orchid, whilst finding no Bee Orchid, moving a step closer towards 2020 being a blank year. Although, unless my camera date was incorrect at the time, this image was taken at the location on 22 August last year, so perhaps plenty of time yet. 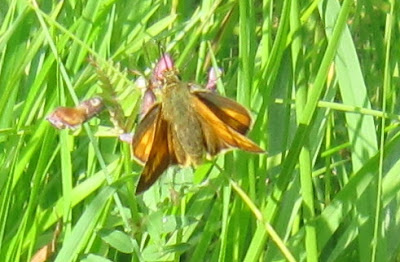 Also seen this week on a pleasant couple of hours on an equally pleasant evening, a Large Skipper and Common Blue Damselfly. 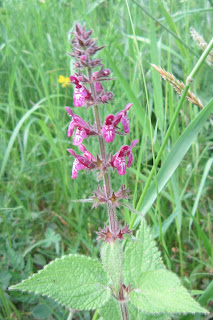 The Hedge Woundwort is common throughout most of Europe, but nevertheless a beautiful flower, adding some welcome colour to the roadside verge where I found it. A close relative of Marsh Woundwort, and are both members of the Mint family.

Thanks to Bryan Yorke for this and previous requests to Bryan for help with ID. Please 'clik the piks' hopefully they may look better.

During my conversation with the gamekeeper at Cragg Cottage on Wednesday, I asked if he had noted any Stonechats on his daily trips up Clougha and beyond. His reply echoed mine, that the Stonechat was only just beginning the return to Clougha in any number since their departure 10 years ago during the severe winter weather of 2009 - 11.

Although I had given up on the Clougha/Birk Bank Stonechats when I realised they had abandoned the area following the two consecutive severe winters, on my occasional visits, I was encouraged by finding 9 Stonechat wintering at Birk Bank on 5 January 2017. That said, annual reports for 2018 claimed breeding at 14 locations in Bowland, but I saw no evidence that Clougha was included in the fourteen, and on the few summer visits that I have made there since 2011, I had no reason to think the gamekeepers comment was anything but correct, and that the Stonechat was only just beginning to return to Clougha in anything like the numbers I collected for 10 years 1999 - 2009.

A good example from my past records would be, 20 Stonechat seen on 15 June 2009. My hopes are that it will soon become what was once our areas stronghold of this brilliant little gem.
Posted by Pete Woodruff at 14:22

Hi Pete ... Beautiful pictures... I hope you are well ... We are going through difficult times but we have to try to be happy ... Birds and nature are always a source of energy ... Happy summer and stay safe...
Cheers

Great to hear that you've been looking for orchids. I'm not sure whether or not I'm in danger of becoming an orchid enthusiast myself as I had two trips out last week, both prompted by information from a local friend, resulting in Lizard Orchid one day and Greater Butterfly Orchid two days later. I have to say, however, that I found the structure of both of these to be facinating!

Butterflies are still a bit disappointingly thin on the ground in our garden.

Take great care and stay safe. Just 'cos Boris says it's OK doesn't mean it is! Best wishes to you and KT - - - Richard

Great news on the Terns. Fingers crossed they make it. Keep up the good work. Stay safe.

Ana/Richard/Marc....Thanks for looking in, comments all noted.