Delighted with my failure! 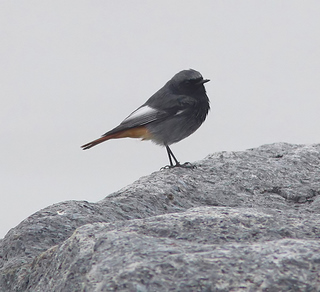 Black Redstart. Marc Heath
﻿
Well its a bit odd being delighted with anything which turns out to be a failure in life, but I'm a little more than delighted on this occasion in that at least I failed to close down Birds2blog which I'm updating to give it the breath of life it needs to keep it ticking over whilst not quite closing it down after all. However things have changed little and the prospects of my doing any birding still remains pretty remote. That said, I reckon its going to be essential in order to save my sanity that I set up a 'great escape' for at least one day as soon as possible, someone - it'll be me sooner or later - has to do some upland wanderings to find out if there are any Stonechats anywhere out there/up there ready to face the worst of the winter weather what ever that might be, and are any of them going to spend the winter months on the coast in our area.

It was good to see three Spotted Redshank reported at Conder Green on Sunday 6 November, also I note the number of Little Grebe on Conder Pool has increased to ten, but I also note no mention recently of the wintering Common Sandpiper nor any Greenshanks here. 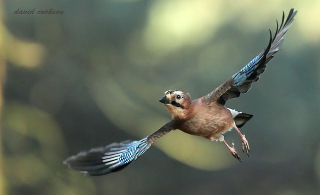 Jay. David Cookson
Another reason for bursting back on the scene is that minus the break of one month Birds2blog is 3 years old tomorrow November 15 2008, and I reckon it was going to be a great pity for me not to have celebrated this if only for my own benefit. So, here I am wishing my own blog a Very Happy Birthday....three years.... who'da thunk it! 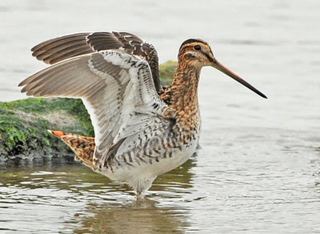 Snipe. Brian Rafferty
So I decided to take the time and effort to update the sidebar on the blog, put up a new and brilliant header in the form of a stunning little gem of a male Stonechat with thanks to Simon Hawtin. 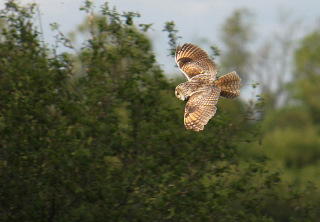 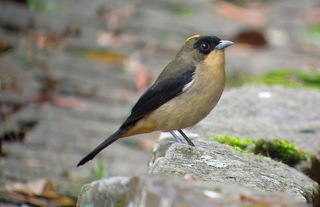 Black-goggled Tanager. Colin Bushell
And also to showcase five more images that can only be described as excellent with thanks to Marc, David, Brian, Christian, and Colin whose photograph above shows a bird most visitors to Birds2blog will never see in a lifetime but which he saw in Brazil during a visit there in September.

I'd really like to publicly thank the sender of the e-mail who told me four weeks ago that I shouldn't and couldn't pack in my birding because....'I needed the birds more than they needed me'....just about said it all I thought, though I did have to 'pack in' my birding and ease down - maybe not quite close down - on my blogging for a while yet I'm afraid....very afraid.
What next....The Great Escape....watch this space!
Meanwhile, you may like to try your ID skills on the excellent Phillip Tomkinson photograph below...don't worry nobody will ever know if you couldn't clinch it! 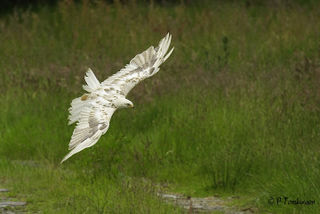 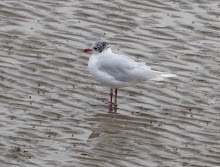 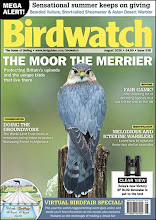 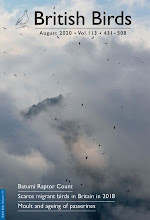