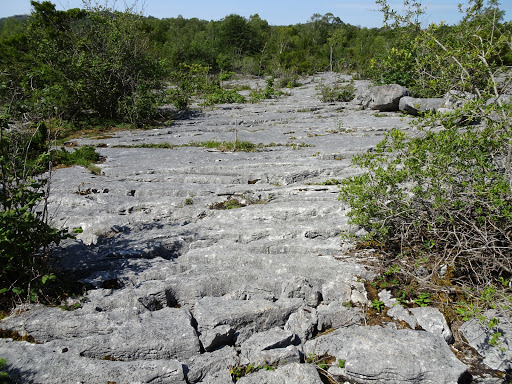 Limestone Pavement Gait Barrows. Pete Woodruff.
The landscape at Gait Barrows has been shaped over years, large areas of the reserve lies on Carboniferous limestone laid down millions of years ago.
I have only ever once been to Gait Barrows, and that was probably up to 30 years ago and I know next to nothing about the place. My visit here on Friday turned out to have been little more than a recce than anything else, with little of the Flora and Fauna noted. The main purpose being to find the butterflies, perhaps Duke of Burgundy, High Brown Fritillary, Pearl-bordered Fritillary and others, but in particular the Brown Hairstreak which had been seen and photographed here in August 2015.
Brown Hairstreak back in Kent....I found this news on the internet yesterday.
The first Brown Hairstreak of the season - a good three weeks earlier than in 2019 - was seen at a location in Kent. A search of the bridleway in Keston during a brief spell of sunshine, encouraged a female into the warmth. Settled, the butterfly posed beautifully for 15 minutes or more and then was gone.
Ahhhh well....Can't Win'em All! 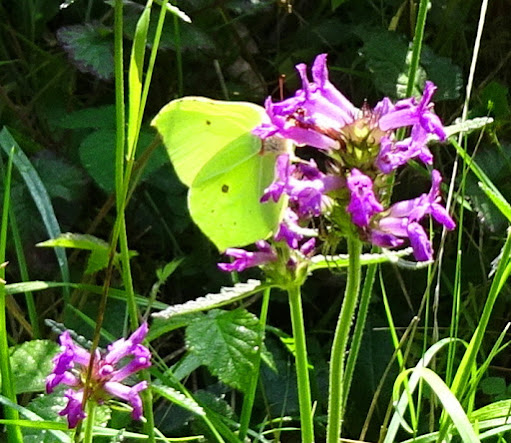 Brimstone on Betony. Pete Woodruff.
A Brimstone was butterfly of the day at Gait Barrows, with 15 Meadow Brown being the most abundant, 2 Peacock, a Speckled Wood, and Comma. The only dragonfly seen on the day were 6 Brown Hawker. A female Blackcap was a nice alternative to the usual males being seen, and 2 Coal Tit, with a Buzzard and Sparrowhawk seen. 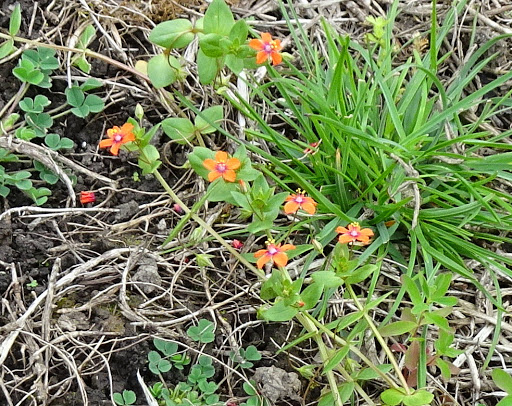 Scarlet Pimpernel. Pete Woodruff.
Though the Scarlet Pimpernel is known by many names including Shepherd's Weather Glass, and is widespread and common, it took my eye for its colour. 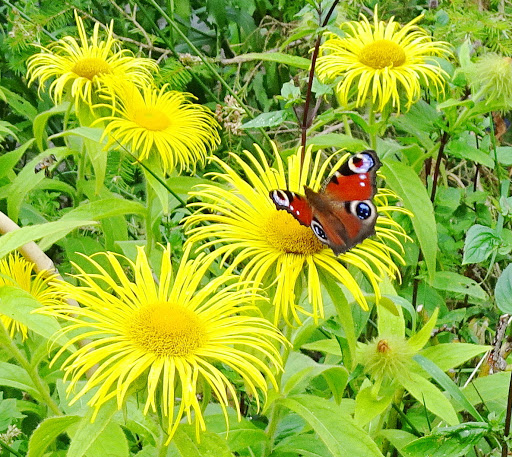 Peacock. Pete Woodruff.
This Peacock in pristine condition was on the Elecampane in the garden when I got home. 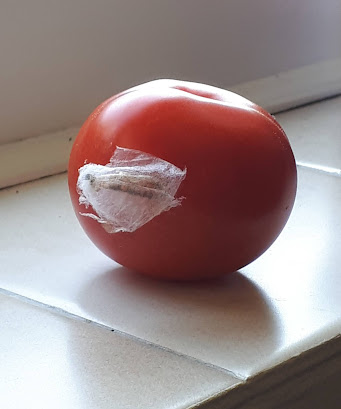 Found in Tomatoes on a vine, a product of Kent according to the package. I reckon a moth spinning a cocoon?
Posted by Pete Woodruff at 13:26

Hi Pete - check your caption on the Peacock! Beautiful pic, however. I know - I catch myself doing the same sort of thing more frequently these days!

Oh, and was describing the Brown Hairstreak as a dragonfly your mistake or the original writer's - feel free to delete both my comments if it's an embarrassment! ;-}

Thank you for the contribution and good wishes for the week ahead Ana.