There's a bit of hesitation with my words in this video, and a little humour in there too. I think to have a script might be a good bet until I get used to the idea of commentary.
Meanwhile, a little introduction to Fridays visit to Bowland. View the videos Full Screen.
A Bowland double today, when I found a couple of goodies up the track from Tower Lodge. I saw a bird flitting around in the trees, and although my views were brief before it disappeared from view it was clearly a Marsh Tit. Not 10 minutes later up the track, I spotted a cracking male Bullfinch soon followed by a female. 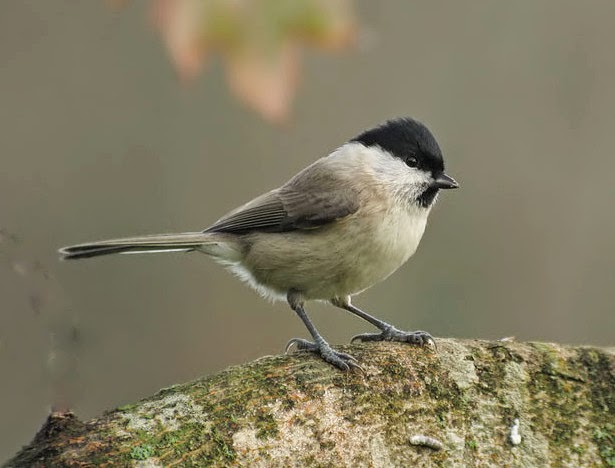 Marsh Tit Jan Larsson
I've never seen either of these species in our recording area in the Forest of Bowland, and I'm not aware of any records here in recent years if ever. The Marsh Tit is an uncommon localised breeder in our area, restricted to the limestone woodlands of Arnside, Silverdale, and the Wray area. The Bullfinch is more of a common breeder in similar areas to the Marsh Tit....But these two records are in autumn in the Forest of Bowland.
I was a bit too busy having fun with the camera today, and noted just 14 species of birds in the hours spent in the Marshaw-Tower Lodge-Trough Bridge area. But this Grey Wagtail gave me a little therapeutic moment....
The other eleven....a Great-spotted Woodpecker, 2 Nuthatch, Coal Tit, Great Tit, 6 Long-tailed Tit, Chaffinch, and Robin. About 8 Mallard were on the Marshaw Wyre, and 4 Red Grouse from the track to Winfold Fell, with Buzzard and Kestrel seen.
I noted an excellent record of 10 Stonechat on Lytham Moss yesterday per F. Bird at Fylde Bird Club.
Posted by Pete Woodruff at 11:43

During this unprecedented & difficult time we are all having to endure at the moment it's nice to find some solace in the nature & beauty that surrounds us as captured in your lovely videos & photos.keep up the good work. C.W x

Thank you for those delightful video clips, Pete. You brightened up my evening no-end, so no need for an anaesthetic now!

So very pleased to see that you are still managing to get out and about - and what fabulous places you have to visit too. I could sit beside that water for hours - with or without birds!

It's really crazy out there, so take great care. Let's also hope that Trump doesn't do anything more stupid before he gets his marching orders.

Thanks Richard....aesthetic/anaesthetic, just the 'na' makes all the difference, but it always makes me feel good to be able to smile at myself.

Like you say, it's really crazy out there. Take Care Stay Safe.

Pete. Nice to hear the peace and quiet of Bowland on your videos .Nice to heat your voice also.You are really enjoying making these little videos.It makes us realise what a beautiful part of Lancashire we live in and long may it remain so.Take care and hope to bump into you out there sometime.

Thanks Brian, hope to see you soon too.

I can only echo the previous comments and hope you show us many more video clips of the local area which I enjoyed immensely.

Thanks for this Barry. I appreciate both your looking in on B2B, and your kind comment. 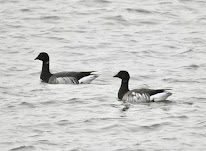 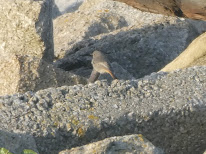