A Change Of Scenery. 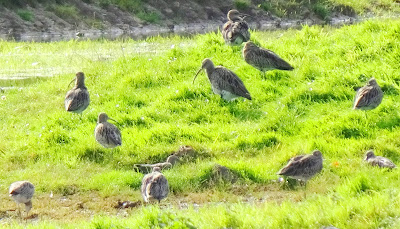 I was desperate to get a pik for the post, so took this one of the Curlew on Conder Pool.

I wandered off down the A588 on Tuesday, but on the way, called in briefly to Conder Pool, I find it difficult to ignore Conder Pool....nay impossible to drive by and ignore. Today's count was 13 Little Grebe, 28 Curlew, with the ever faithful 5 Greenshank, in the creeks c.82 Teal. 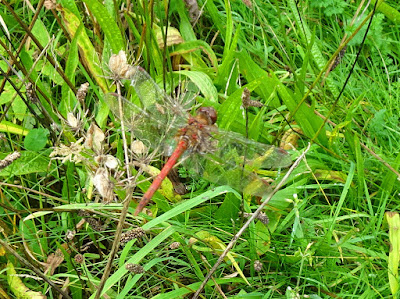 It was about high tide when I got to Pilling Lane Ends, but it was way out, only the highest of tides cover the marsh here. There was a minimum of 3,000 Pink-footed Geese present, and although there was large numbers of wildfowl, Pintail and Teal seemed predominant, with 6 Great-crested Grebe to note. Thirty minutes around the woodlands here produced 2 Robin, and a Common Darter, seen as one of the last dragonflies to be encountered in autumn, flying into November.

A Buzzard drifted east over Fluke Hall, and 2 Raven were quite vocal around the pens west of here. At Cockers Dyke, 260 Golden Plover included some en-route on Pilling Sands, c.550 Dunlin, 110 Redshank, and a lone Knot.

In a telephone conversation last night, I had reliable  - very reliable - info of a Shorelark at Rossall yesterday afternoon. I appropriately reported the bird to FBC. 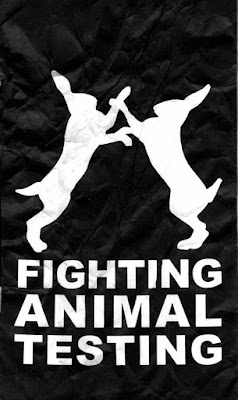 Since July 2018 until June 2019, Lush have donated £11,927,720 to grassroots charities, movements, and campaigns world-wide, including the fight against Hen Harrier persecution.

I recently did a clean up of my sidebar and deleted them from it. I now regret doing that, and am going to reinstate the link to Lush on there again.
Posted by Pete Woodruff at 10:33

Hi Pete .. I go through your blog to greet you and wish you a good Autumn ...

Hi Ana....I go through your blog too, and also wish you a good autumn too.