It was one thing to get a phone call in the evening last Wednesday, but everything got a lot more interesting as it went along and blew me a little off balance. 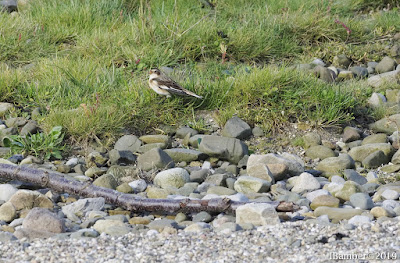 I got news of a Snow Bunting found on Plover Scar that afternoon which I went to see the following day, and was rewarded with excellent views. 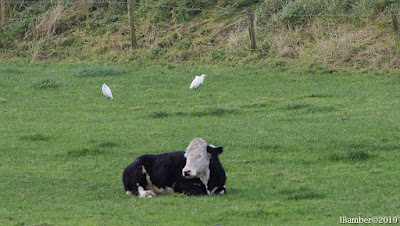 I then received a set of photographs of the Snow Bunting, but hey up, there's also included with the set, an excellent image of 2 Cattle Egret in a field...well blow me over!

Then, as if that wasn't enough to be going on with at Cockersand. On my return from seeing the Snow Bunting on Thursday, Bob who was sat in his car at the car park by Lighthouse Cottage, tells me that recently he had seen a large seabird in the field between Crook Farm and Crook Cottage which he had identified as an immature Gannet.

Many thanks for call from Martin, the images from Ian, and the heads up from Bob about the Gannet....What next!
Posted by Pete Woodruff at 11:43