A post with good value for money, serving the purpose of sharing the less pleasant side of birding, and is published in agreement with the person in the spotlight on this issue.

OK, so whats the problem there then?....Well there are lots of problems actually, but the most significant ones are, the person who covertly photographed someone he knew out on Plover Scar at Cockersand recently, yet surprisingly sent the photo in an e-mail to a second person and asked....'any idea who this %*:@ wit is?'....So this is already becoming offensive, and now the second person is sending another e-mail with five names copied into it including mine. This second person also knows who the one is on Plover Scar, and now we have seven people involved on the case, and this pathetic deceit begins to gather a pace.

What's going on here then?....Well these two people appear to refuse to take it upon themselves to contact the offender to tell him he's is out of order here, and shouldn't be out on Plover Scar just for the sake of getting a good pik of some birds. Instead, they pretend not to know the man, and decide to attract attention by sending out messages that are deceitful, to the five randomly chosen individuals, of which out of all the other four, I'm the only one who knows 'who this %*:@ wit is'. Let's remember, both these two people know this, and I'm heavily involved here now 'cos I'm being used as some sort of scapegoat.

I've been in touch with both the authors of this issue, one of whom I politely pointed out that, whilst this is not defending anyone being out at a location like Plover Scar for the purpose of photography, the same disturbance - stress and injury to the birds too - is caused by cannon netting several hundred waders, for the purpose of clamping rings on legs, albeit for the more serious scientific benefits as opposed to those of a chance for a picture....But cannon netting is mass disturbance ....isn't it?

I respect the man on Plover Scar, when he denies disturbing the birds on this occasion, in an e-mail he tells me....'as you can see, images like these are not possible if the birds are distressed in any way, and as mentioned, my method of fieldcraft has provided for so many groups, charities, and associations with natural history imagery that has been published nationally over the years by organisations, including the RSPB, BTO, and many more in support of their ongoing projects'....I will continue to do what I enjoy for all those that appreciate the time and effort that I go to in capturing the beauty of all wild species in their natural environment, and adhere to the code of practice guidelines.

I read in an e-mail the case is now closed, but I have been asked to suggest, for any future issues in this regard, either or both of the two should communicate with the man in question direct.

I was grateful to Ian Mitchell for getting in touch and sending two excellent moths  in  his  on  Sunday. 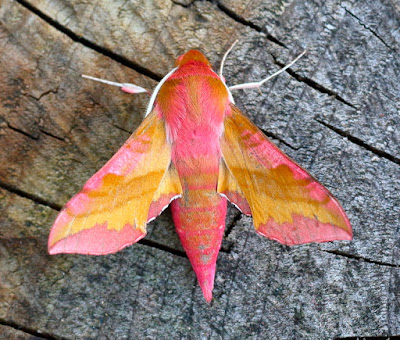 This moth was a first for Ian's trap. 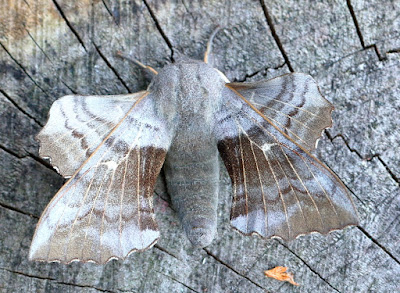 Sadly, Pete, there are a few people out there who have a pathological hatred of anyone carrying a camera, even if they are behaving responsibly, as in this case. There are however, as I'm sure you know, a few photographers that do give those of us that act responsibly a bad name, which doesn't help matters.

I'm somewhat jealous of Ian's moths - I've only ever had Elephant, and then rarely. I had two of them a couple of weeks apart in 2018 and then my third last night!

To include the subject of bird ringing within this post - “stress and injury to the birds too - is caused by cannon netting several hundred waders, for the purpose of clamping rings on legs”, is an irrelevant red herring.

Some bird watchers are happy to use the information provided by bird ringing when it suits their purpose of showing how knowledgeable they are to their peers. In fact without historical and current day information supplied by such as the BTO and individual ringers, the average birder, you included, would be as clueless as they mostly appear.

Richard....Many thanks as always for the input, which I note with interest.

Phil....Good to see you following B2B, evidence that I was right all along, that you indeed do so, but a double disappointment here Phil, 1) Pity you chose to highlight the 'red herring' instead of addressing the real issue which generated such bilge, 2) Although I'm already well aware of my ranking as an 'average birder' I would never attempt to claim anything more than that, but would be interesting to know those who you would put above me in a category of higher regard.

I hope you and your family are keeping clear of this terrible plague which has come upon us. My Best Wishes to you all.