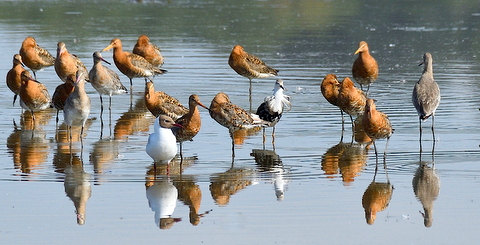 A disappointment in that a record was buried beneath my health scare before I could submit it to my man in Iceland. But I have now recieved the life history of a Black-tailed Godwit seen at Leighton Moss RSPB Reserve 5 August 2018, subsequently recorded 31 times in 5 countries including a return to Iceland 4 times..... 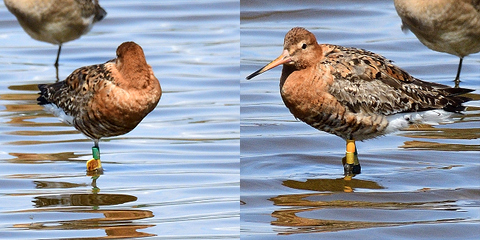 I'm grateful to Boddi for his prompt attention to this record, and for the life history he sent me, also thanks to Howard Stockdale for the images he achieved at the Eric Morecambe Hide at Leighton Moss on 5 August, and to Martin Lofgren for his Leach's Storm Petrel header image.
Posted by Pete Woodruff at 13:37 No comments:

A Breath Of Life.

Sounds a little dramatic, but wasn't meant to, rather than meaning to give a breath of life to Birds2blog whilst I get back some sort of normality again, and just to thank everyone who passed on to to me their good wishes via e-mail, phone, and card, I really appreciate them all, and had no idea I had such a strong healthy following. 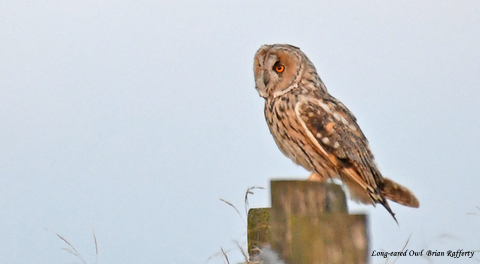 It was also good to see Brian Rafferty back in business following a spell in hospital. Brian's Long-eared Owl is featured in my header image, and is one of two birds he saw on the the trip. The bird in the header being a juvenile, the other above an adult bird. 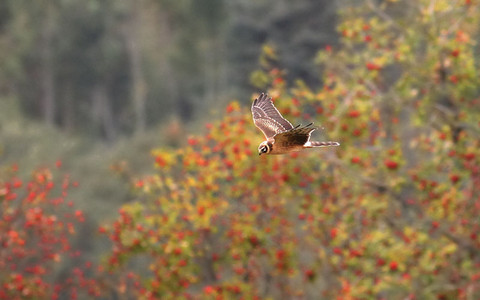 As luck would have it I had drafted this post last Saturday 1st September, the night before the stroke put me on the ground, and so it was almost ready to publish with a bit of an edit.

This post was always going to be titled 'My Kind Of Birding' as it was just that, being the area I was in on a nice sunny day searching for the Stonechat. But my book now reads the visit to Birk Bank was a disaster, in that I found none in four hours there. OK, so over the years I've already said all there is to be said about the Stonechat, so with nothing new to say, I'll spare the post any repeats.

Birds of note were few, 3 Red Grouse were on Birk Bank, 2 Jay flying towards the woods, a group of up to 8 Blue Tit, a Coal Tit, and a Goldcrest were in the woodlands by Ottergear Bridge. I paid two visits to Birk Bank bog, in the hope the sun had brought out any dragonflies, on my way out I saw at least one Common Darter and 2 Small Copper butterflies. 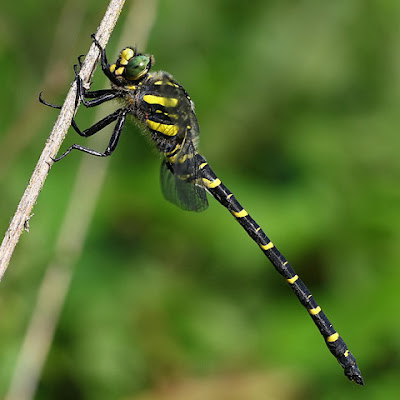 On my return to the bog 4 hours later I struck gold, having stood around for about 30 minutes, I was fortunate to see a Golden-ringed Dragonfly, which I initially picked up above the tree-line before it dropped height for better views, but never came to land before being lost to view.

There have obviously been a small number of previous records from Birk Bank, but this may be a possible first for 2018, and not being big on dragonflies, this was only my fifth Golden-ringed Dragonfly I've seen, previously one at Birk Bank, and three at Hawthornthwaite....Thanks to Warren for the excellent image.
Posted by Pete Woodruff at 20:39 5 comments:

Two adult Common Tern put in another brief appearance over Conder Pool again, one with a fish being chased by the other, but soon flew off. Although the breeders will have wandered during the summer months, for a species that breeds nowhere else in North Lancashire, with eight adult on Conder Pool at one time on 13 August, and birds seen at Glasson Dock and Cockersand, you have to wonder how many individuals have been on the Lune Estuary this year.

A lone Greenshank and 16 Little Grebe also present, and I had my fourth Kingfisher sighting in as many weeks upstream from the road bridge.

To be honest, the creeks at Conder Green were virtually deserted, save 3 Common Sandpiper and a lone Black-tailed Godwit seen, and the channel from the iron bridge to the estuary, not a bird in sight.

I watched up to 1,640 waders being slowly pushed off the Lune Estuary at Glasson Dock by the rising tide, with c.750 Redshank, similar Lapwing, 135 Curlew, 3 Dunlin, a lone Black-tailed Godwit and a Greenshank noted, with 4 Eider and a count of 32 Little Egret. 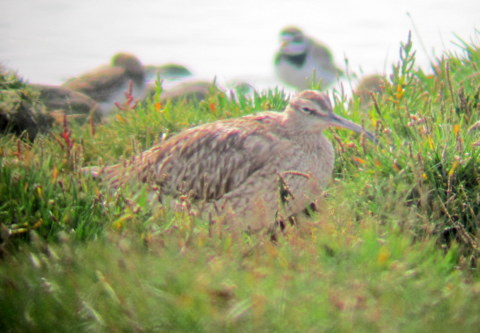 The high tide wader count on Plover Scar was, 250 Dunlin, 28 Ringed Plover, 4 Turnstone, 3 Golden Plover, and a Whimbrel. An adult Mediterranean Gull was with Black-headed Gulls and 15 Eider, all drifting on a flat calm sea. A Peregrine Falcon was over flying east inland, and 12 Golden Plover came up off the shore below the abbey, accompanied by my third lone Black-tailed Godwit of the day.

Thanks to Ana Minguez for the Hoopoe header. A little exotica to add some much needed colour to Birds2blog.
Posted by Pete Woodruff at 08:10 2 comments: