Yes....the Stonechat takes centre stage on B2B once again.
The last time I visited Birk Bank for any chance of seeing Stonechat or anything else, was on 22 June 2018. But last week I was on Birk Bank and well chuffed to find 14 Stonechat.
Over four birding days at four locations in as many weeks in Bowland, I've found 55 Stonechat.

This number reaches a Stonechat milestone for me, and if the figures in this sample are anything to go by, they appear to support the claim in a report I read recently, that the recovery of the Stonechat since its demise during the harsh winters of 2009/10 and 2010/11, has reached a healthy level once again in all seasons in Lancashire. A welcome return to the peak of 15 years ago....MAGIC. 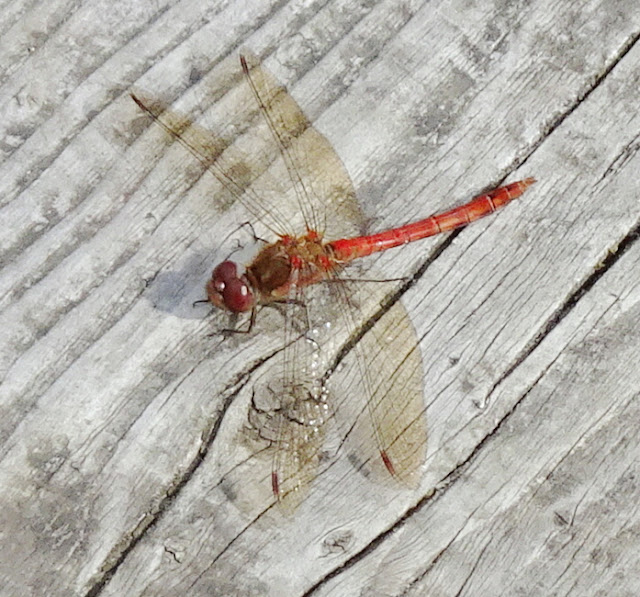 Other notes on this Stonechat mission....I found 4 Common Darter and 3 Black Darter over the bog and basking on the boardwalk as in these images. I was a little disappointed not to have seen the Keeled Skimmer here again this visit, despite the most abundant flight period being past by the end of August, given the right conditions their flight season can be into November. 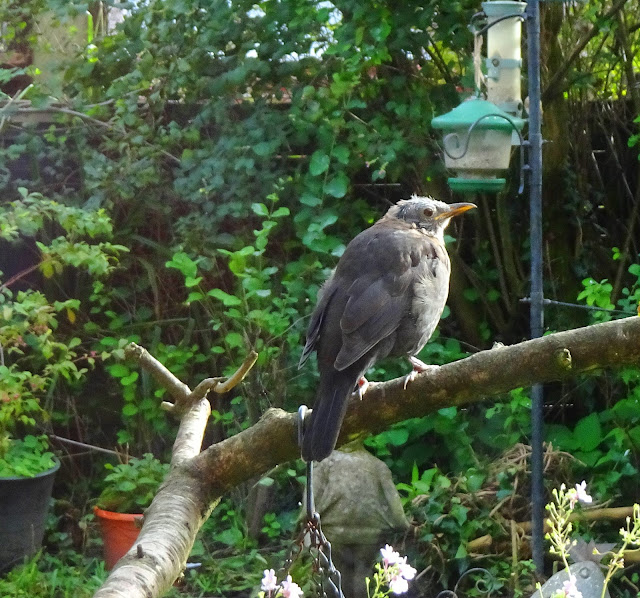 One of our female garden Blackbirds in moult, looking a little worse for wear and going bold. Pleased it wasn't caught out by the Sparrowhawk seen in our garden earlier.
Beware....This video may cause you to feel sea-sick, not easy to hand hold a digital camera at 20x optical zoom and make a film.
VIEW FULL SCREEN
But the House Sparrow it took out soon after I got this footage wasn't so lucky.
Thanks to Martin Jump for the brilliant female Stonechat header image, complete with insects in its bill including a Latticed Heath moth.
Posted by Pete Woodruff at 12:00 1 comment:

When I looked through my records, by coincidence I had chosen the same date as last year for a saunter along the canal towpath Glasson Dock - Galgate yesterday. Having walked an extra 2 miles this time, I didn't even equal let alone exceeded the same 54 Migrant Hawker seen on 19 September 2019.
On this pleasant saunter, the dragonflies seen, 24 Migrant Hawker, 4 Emperor Dragonfly, 3 Brown Hawker and 2 Common Darter. 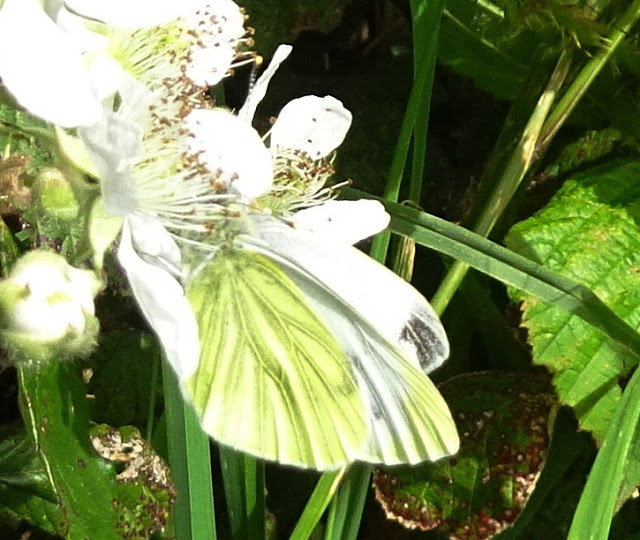 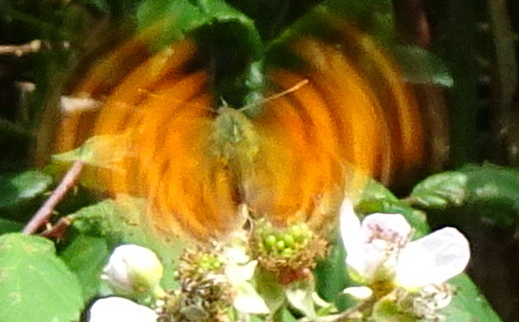 Comma
Until I saw it on my computer, I had no idea the Comma that took off the instant I pressed the shutter, had resulted in this creative image. 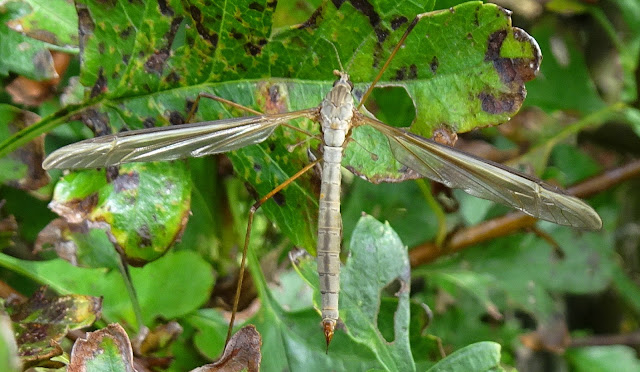 Tipula oleracea
The Crane-Fly caught my eye.
Birds of any note were also sparse, but a Chiffchaff was singing nicely by Christ Church at Glasson Dock....
VIEW FULL SCREEN
....and at least 60 Swallow gave me a few extra minutes of feel-good factor on this enjoyable Hawker Hunt.
And Finally.... 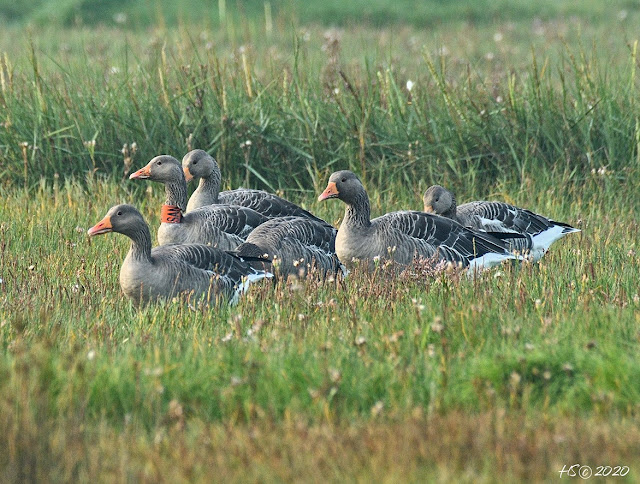 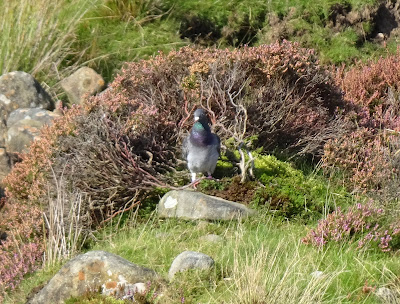 The Spider.
I watched this Garden Spider spinning its web as one of the endless wonders of the natural world for us all to see, the energy and determination of this creature fascinated me. In the present climate we find ourselves in, I had 84 secs of chilling out therapy in my own garden.
VIEW FULL SCREEN
Posted by Pete Woodruff at 11:55 No comments: 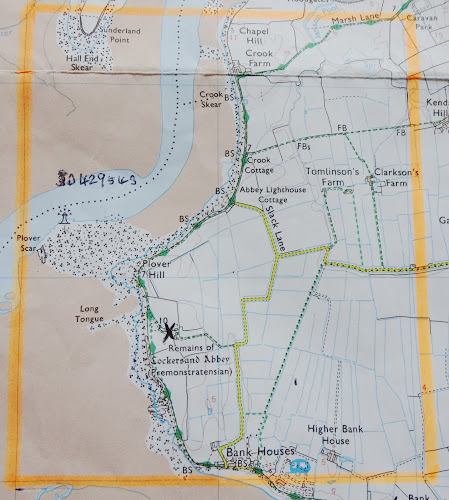 I've spent endless hours engrossed in birding at Cockersand, often there until dusk and beyond, and occasionally got drenched in a downpour with nowhere to hide. I always had my camera to hand for the scenery if not for the birds.
VIEW FULL SCREEN WITH SOUND
With birds to be discovered, Cockersand sits on the chart in my book as the best in our area. Many are the times I've rocketed there in response to calls and text alerts from a birder to get gripping views of American Golden Plover (4) and Long-billed Dowitcher to mention but five.
The list of some of the birds found over the past 14 years....
2006. Broad-billed Sandpiper 15 May Maurice Jones.
2008. American Golden Plover 19 Nov Stuart Piner.
2009. Long-billed Dowitcher 13 Oct Stuart Piner.
2009. Black Redstart 9 Nov Pete Woodruff. 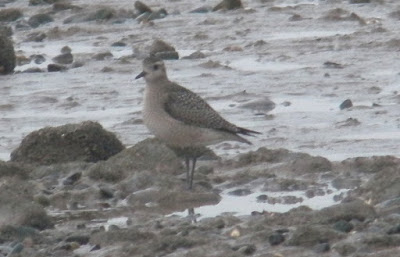 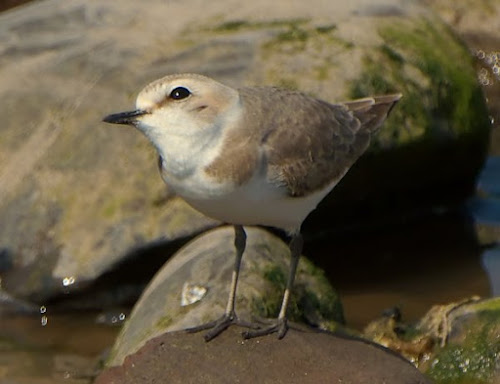 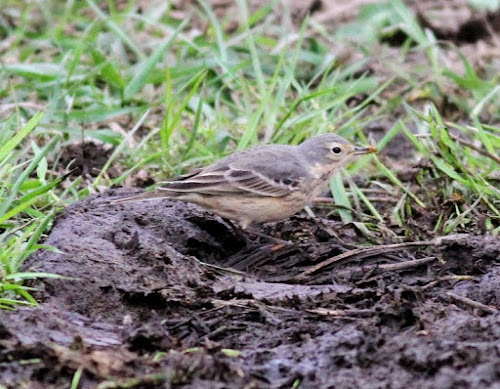 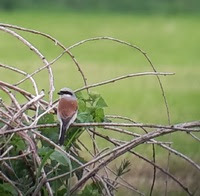 2018. Red-backed Shrike 27 May Kate Hughes. (Photo Ian Hartley)
2018. Pallid Harrier 16 Sept Ian Hartley.
And Finally....
I found Margery earlier in the year, she's been featured on B2B before, but certainly worth another look, and I'll swear the image of her husband is that of a birder I know! 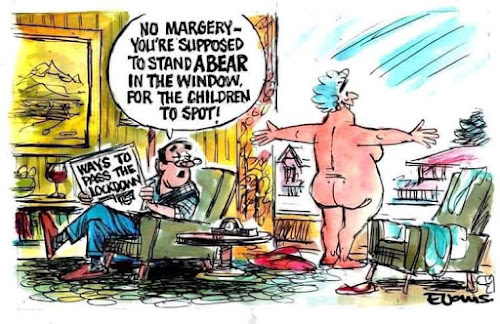 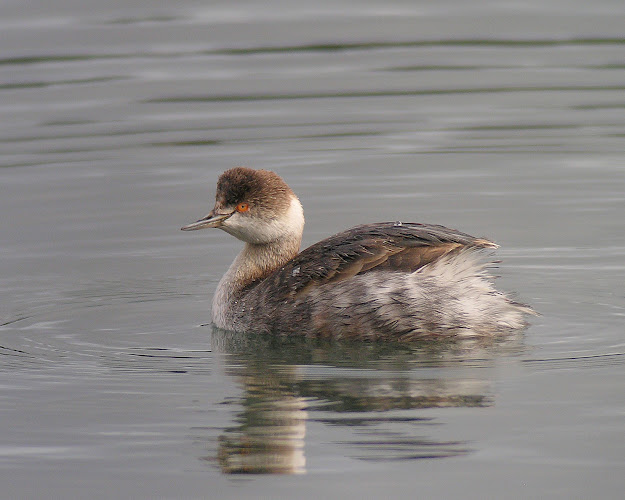 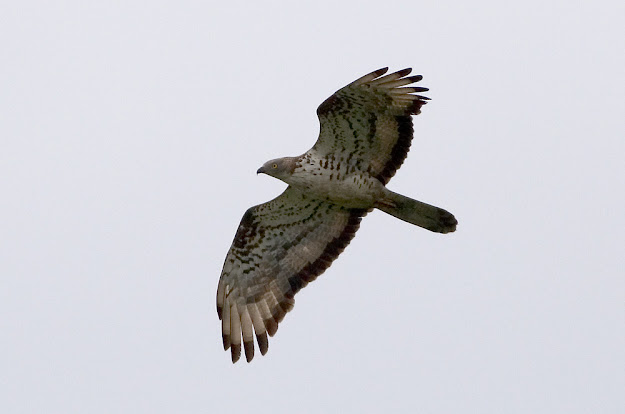 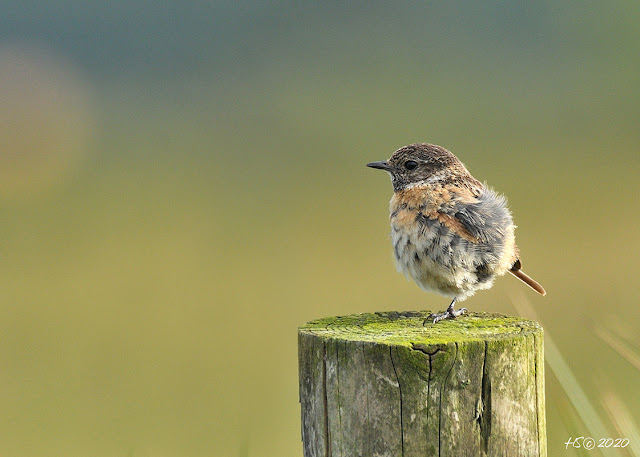 So 33 Stonechat at two locations in 7 days. In the little black book, it looks a bit like the early 2000's all over again. Thanks to Howard Stockdale for the Stonechat on Abbeystead Lane 9 August.
I'd sooner be birding....Good to be birding again yesterday and always is, it's what I do, an illness for which I hope there's never a cure.
Posted by Pete Woodruff at 17:08 3 comments: 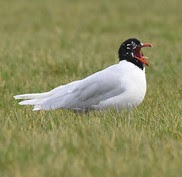