The first confirmed record of the Brown Hairstreak in Lancashire, came from the Silverdale area in 2011, and was the result of an unauthorised release. The species is restricted to the south, the nearest colonies being in Worcestershire c.150 miles away from Silverdale. A colony has now been established at Gait Barrows, and is recorded annually for 4 years since 2017. However it is noted, the species is not fully protected, and unofficial releases are strongly discouraged by Butterfly Conservation.

Yesterday I was in the excellent company of Steve Graham, he had agreed to accompany me on a guided butterfly safari. 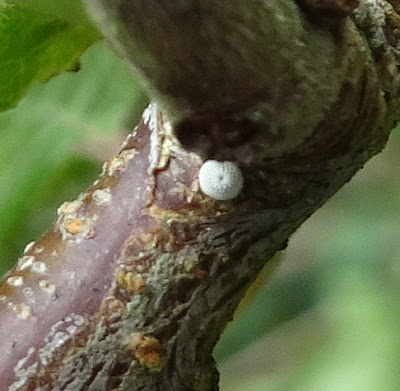 The day started a little sluggish, but within the hour Steve was soon showing his skill to me, and finding an egg resembling Sea Urchin tucked away under a spur branch. 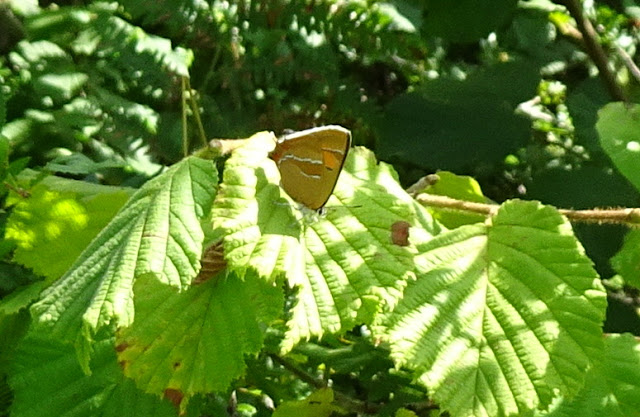 From then on, the day turned into a Brown Hairstreak spectacular, we had six sightings of this elusive butterfly, three individuals around and in the tree tops, and three at lower ground level. 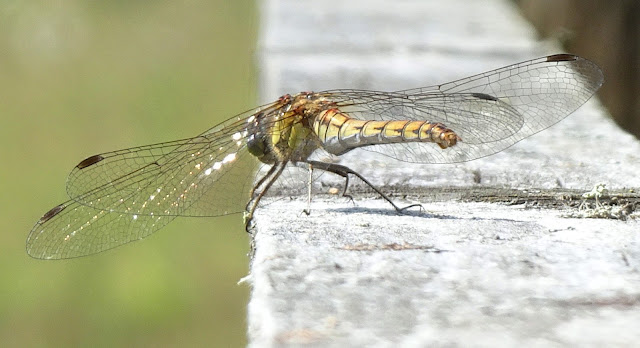 Dragonflies seen, at least 6 Common Darter, a few sightings of Migrant Hawker, and a Brown Hawker.

Birds sighting were, 2 Buzzard and a Raven overhead, a small flock of Long-tailed Tit in flight between trees, Bullfinch and Great-spotted Woodpecker. 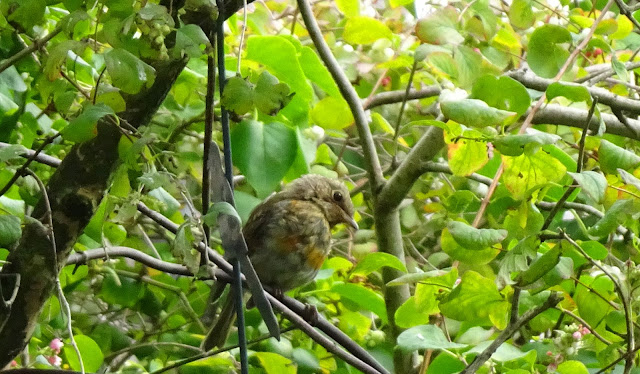 I managed to grab a shot of our young garden Robin this morning, 3 Buzzard were soaring together over Bowerham, and about 5 Long-tailed Tit looking interested in the feeders according to the Woodruff's.

Brown Hairstreak is a butterfly that I have never managed to see, Pete, and I find the number that you saw, albeit with expert guidance, to be astounding. It's good to know that this isolated colony is doing so well, even if they should not have been there in the first place! I've very much enjoyed your photos and video clip. Great stuff.

Like the title says, a great experience, and the Sea Urchin lookalike egg find by Steve, was truly remarkable. Also my finding one in the hedge at eye level barely 2 metres away....WOW.