On a lovely sunny, cold, and calm day, Cockersand was at its best and brilliant on Monday, and produced a nice little trio to add to some other good things.

But I first called in at Conder Green to note 2 Kingfisher in flight down the creeks, one in pursuit of the other, before doing a U turn to fly back upstream and out of sight. On Conder Pool I counted 46 Wigeon, 7 Snipe, and a lone Little Grebe. Interesting, that the Conder Pool winter population has rapidly fallen in number this year, since the all time peak count of 32 Little Grebe recorded here 25 September, and numbers usually remain in decent double figures here until after the turn of the year.

A circuit of Cockersand is always on the cards as a traditional thing for me, as is the case for most other locations I visit on my birding sorties. Today was no exception, and with the conditions, Cockersand was perfect for some birding.

In fields north behind the caravan park, up to 180 Whooper Swan including 28 off Slack Lane. As I wandered along the road, 13 Blackbird counted, 3 Greenfinch, and a Reed Bunting, and as I rounded the corner at Lighthouse Cottage to head south back to the Caravan Park, a male Merlin shot across my path and flew along the shoreline to Crook Cottage before turning inland and out of view. Almost certainly the same male Merlin I found here 8 October.
I counted 135 Wigeon drifting on the sea, in a line from Plover Scar upstream and out of view towards Glasson.
View Full Screen
I got this clip of the Whooper Swans south of the abbey, looking east with the Bowland Fells and Hawthornthwaite in the background, whilst c.300 Golden Plover shot over my head to the shore, and from here I saw the only Brown Hare of the day, seen racing through the field.
When I got back to the caravan park it was to my delight I found a pair of Stonechat amongst the tall grasses above the shingle. Whilst stalking the chats to try for a pik, a visiting birder from Skipton - who I had met earlier along the headland - called that he had seen an owl that had gone to ground distant over the fields behind Lower Bank Houses. A Buzzard and Carrion Crow had gone down in the same area seemingly curious as to what was going on with the owl. We had to wait a while for the bird to reappear and take to the wing flying towards us, it was a Barn Owl....Thanks Duncan, nice one.
View Full Screen
I was at Cockersand until 4.00pm as the sun was setting, a pair of Stonechat and a Barn Owl was the prefect end for me. If it's a little therapeutic birding you're after, I recommend Cockersand....Be there.
At 8°C a Small Tortoiseshell was in our garden briefly yesterday.
Posted by Pete Woodruff at 13:21

180 Whooper Swans is a real spectacle, Pete. It's probably getting on for three years since I last saw just one. Any day that ends with Stonechat and Barn Owl is a brilliant one!

Not been out for a couple of weeks as Mrs.P is suffering mobility problems and so I'm on permanent duty for a while.

That's pretty smart Richard, a comment from you just 45 minutes since I posted....love it!

Regards to you both.

Pete. As you know I am wheelchair bound and unable to get out yet.I am hopeful that next year it may be possible as I am learning to walk again with a prosthetic leg.I am enjoying reading your blogs and enjoying the videos.They give me hope and inspiration for more mobility next year.Loved the Cockersand sunset video.

Brian....A MEGA surprise to see you looking in on B2B and on my comments page, and with sentiments such as....'enjoying your blogs and videos, they give me hope and inspiration for more mobility next year'.

I really hope that you can continue to be inspired, not only by me - about which I'm really chuffed - but by like minded people who love wildlife and the photography that goes with it, as you have done for all the years I have known you.

Kind Regards, and my good wishes that you continue on the road to recovery Brian. 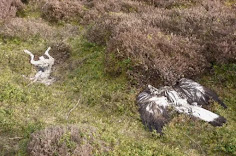 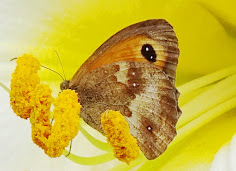 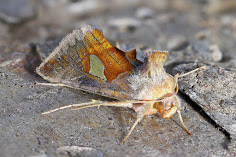