Two Around The Green. 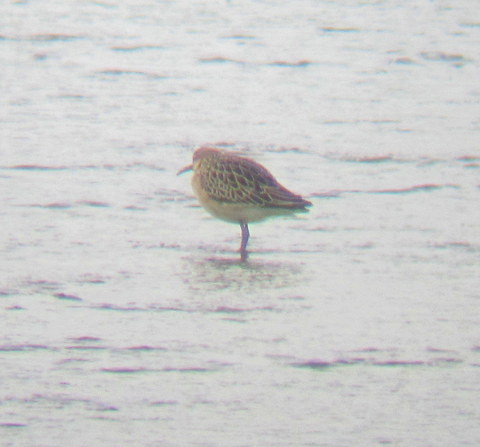 In a couple of hours around the Conder Green area, I found another influx of 9 Common Sandpiper, I've never seen this number before at Conder Green in late August. A Ruff was in the creeks with Redshank and 2 Black-tailed Godwit. Down the channel from the iron bridge, c.250 Redshank, 12 Dunlin, and of 12 Greenshank seen, 9 were here, and 3 on Conder Pool, where from a few attempts, 14 Little Grebe counted were two down on Tuesdays peak of sixteen. Not the best of Ruff photographs, more like one of the worst....but I just keep trying!

Despite two visits to Conder Pool during the course of the afternoon, there was no sign of any Common Terns, leading to the supposition they have dispersed. If I'm right about this, I'm really surprised these birds have moved on, particularly so the young bird, which in my opinion fledged early, if only by a couple of days, and from my observations was reluctant to take to the wing and fly around the pool very much, and certainly wasn't fishing for itself as it should have been, but was content to stand around begging to be fed by the parent birds. 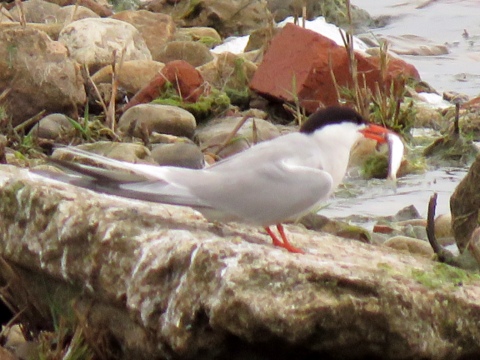 This is the last of many hundreds of images taken by IP the champion of the Conder Terns, an adult on Conder Pool on Wednesday prior to their departure. IP sent this picture to me as a lasting reminder of the excellent journey he followed with these brilliant birds at Conder Green.

My thanks to Cliff Raby for his Sanderling header image which is very much appreciated, and which acts as a reminder of the disastrous breeding season the Sanderling and other shorebirds have had in NE Greenland this year....An update on this is Here
Posted by Pete Woodruff at 10:58

Sad to read about the departure of the terns,i hope the young one survives the perils of it's early days on the wing,it's been great following it's progress.Hats off to Ian for his dedication & great pic's,& to Pete for his reports keep up the good work.

Hats off to IP indeed, and thanks also for your compliments on reports and 'good work'.

By the way....You may be 'Unknown' but I assure you I know who you are, as I do every visitor to Birds2blog, top of the range spyware keeps me in the know.