And The Winner Is!

After seeing him the day before on Jeremy Lane, when his final tally for the day was 15 Stonechat,  I wasn't too surprised to see AC turn up at Cockersand on Wednesday to learn his total for the day was another 15, bringing him to the grand total of 30 Stonechat migrants in two days. 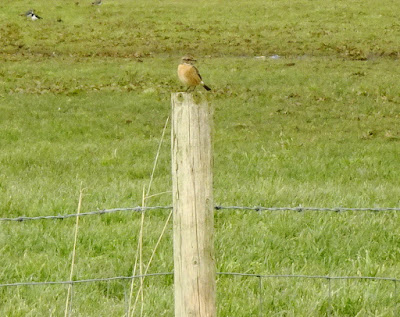 I was grateful to AC for giving me the nod about the birds he'd found at Cockersand, the result of which was 6 Stonechat, being two female on Slack Lane opposite Lighthouse Cottage, and four male in the rough field behind Lower Bank House.

No more than 400 Black-tailed Godwit were seen as the remnant of a clear out from the Lune Estuary at Glasson Dock, with 2 Goldeneye and 5 Goosander noted, and I picked out a Buzzard atop of a tree at Overton.

A Little Grebe was on Conder Pool, the first here since three were on the pool 29 November, with all sightings in the creeks since. The bird was sporting near summer plumage, and I reckon is the last of the Conder Green wintering birds before moving off, 62 Teal were noted. 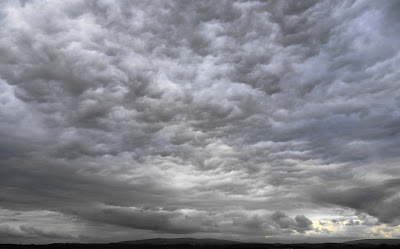 There was a weird and wonderful cloud formation as viewed looking east over Glasson Dock on Wednesday at 3.50pm.


KEEP CALM AND CARRY ON