An excellent day, when I had the company of Ian in the Birk Bank area on Tuesday, hitting the bullseye with three out of the four targets I had hoped for. A bit of an irony for me, as the one target missed was the Stonechat, but that was mainly because we didn't get on to the top of Birk Bank where they were guaranteed.

I finally realised on Tuesday, the capacity for the car park at Rigg Lane is 40, and another 6 outside on the lane made 46 cars parked up to pay a visit to Clougha Pike....Lockdown unlocked! 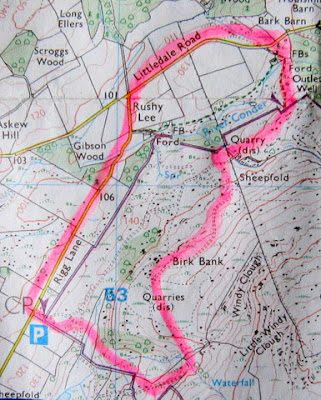 We had only been out of the car a few minutes when the day got off to a good start, with the bonus of a Green Woodpecker we hadn't seen on the ground ahead took off to land in a tree, which in turn spooked a Jay that flew off. It's 3 years since my last Green Woodpecker which was at Latterbarrow in Cumbia. 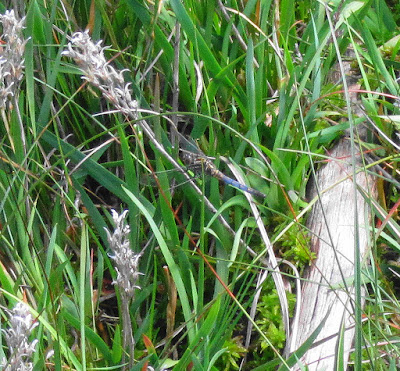 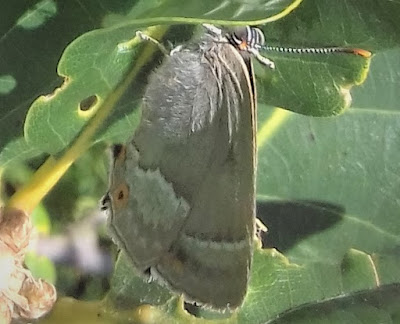 
We set off on the circuit, to soon arrive at a group of Oak's, and eventually found 4 Purple Hairstreak, seen characteristically with wings closed showing the silvery-grey underside. A butterfly easily overlooked as the adult are often in the top of the canopy where they seek honeydew, they can usually be seen more often in the evening of a warm summer's day.

A stake out by the ford over the stream that is the River Conder flowing out of Cragg Wood, was rewarded by brief views of a Migrant Hawker whizzing upstream, and later by a Golden-ringed Dragonfly flying downstream, both quickly disappearing out of sight. There was a substantial movement of hirundines seen over the fields off Littledale Road, up to 100 Swallow, a few House Martin and single Swift.

Bird sightings were sparse, but a Song Thrush which came to bathe in the ford by Cragg Wood, took top spot behind the woodpecker in my book. Otherwise, singles of Red Grouse, Willow Warbler, Meadow Pipit, and Wren.

Butterflies seen, 6 Small Copper were over the bog, and on the circuit, 8 Meadow Brown, 3 Red Admiral, 3 Small Tortoiseshell, and a Speckled Wood. 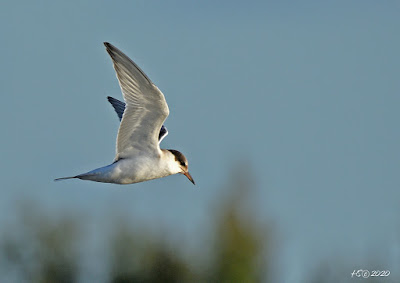 Thanks to Howard Stockdale who continues to keep me posted re Conder Pool. The Avocet young in the header image are now three weeks old.
Posted by Pete Woodruff at 20:10

A very nice range of species seen and a Golden ringed Dragonfly too. How I wish they were more common in Kent. Take care.

What a splendid range of species, Pete. Not much chance of me seeing a Golden-ringed Dragonfly this year, unless I travel. If I found one in Leicestershire it would, as far as I know, be the first ever record for the vice-county! There has only ever been one record of a Keeled Skimmer too, so I'm somewhat envious!

Marc....The Song Thrush took top spot for birds on the day for me.

Ana....Thanks Ana. Be happy and healthy too.

Richard....Interesting notes from you about the status of the dragonflies.

Thanks to all, and please Take Care.