It's a year ago today 5 August, since I last saw Ian Pinkerton as he drove away from Conder Pool to go home to Wigan for the weekend with Yvonne. Ian asked if I would keep an eye on the Avocet family which he was hoping to see fledge soon, he made the comment that he hoped they would wait until his return to Conder Green the following weekend.

This is the last photograph Ian took of the Avocets. If I remember correctly, he was concerned that only three of the young with an adult were seen, but in fact all four fledged successfully on 11 August 2019. These are the young that a couple of weeks earlier at barely one week old, the adults took over the bank off Conder Pool, down the bank on the other side, across the busy B5290, and into the creeks....Truly amazing stuff.
View Full Screen
I remember the day Ian nearly exploded with excitement when I drew his attention to this adult and 3cy Mediterranean Gull arriving on Conder Pool.
But for the past 4 years Ian's main passion was with the Common Terns, though some of his last encounters with the Conder Pool birds verged on disastrous. On 22 July I received a message from Ian to say he had just watched a Black-headed Gull kill two of the young Common Tern. The gulls were breeding on the pontoon with the terns, not a compatible situation with three pairs of seabirds in such cramped conditions, war was always on the cards in these circumstances. 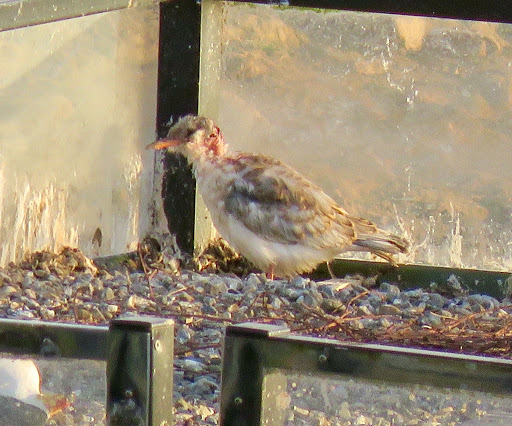 Though the birds looked wrecked, and the injuries looked likely to have been fatal, it transpired that thankfully Ian was wrong, and that the young had miraculously escaped with their lives.
View Full Screen
I made a short video when I found even more amazing three days later, these two birds had fledged and had flown onto a near island, with the injury still obvious. 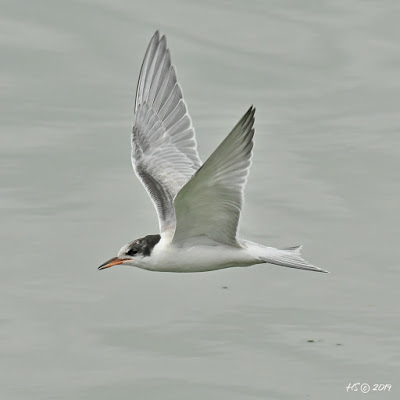 This is one of the same birds taken 12 August by Howard Stockdale. When you look at this photograph it's hard to believe barely three weeks earlier, a Black-headed Gull had made a near successful attempt to kill it. This Common Tern wasn't seen on Conder Pool again.
Ian spent hours at a time, days and weeks over the years, monitoring the terns on Conder Pool after he had given up his previous life as a golfer to become passionate about birds....'it's all your fault'....he repeatedly said to me, and I was delighted to be told that. Ian even managed to secure having a roof over the viewing platform at Conder Pool via negotiations and good efforts of the committee and birders at Fylde Bird Club.
Ian (Pinky) Pinkerton is deserving of this post which I have dedicated to his memory on this coming Monday 10 August....Conder Pool will never be the same again.

As Richard said, he would be very proud reading your words Pete. A lovely tribute.

Appreciate your words, I'm sure Ian would have too.

Thanks guys, do please Take Care and Stay Safe.

Well said Pete. I still think of Ian every time I visit Conder Pool or see a Common Tern.

'I still think of Ian every time I visit Conder Pool or see a Common Tern'....You won't be on your own with this sentiment. Thanks David.