Walking along the Roeburndale Road, then left on to the grit track to the wind turbines, and return to Brookhouse via Quarry Road was a perfectly timed plan.

The bulk of birds were found along and around the wall stretching the length of 1.5mile long grit track between Roeburndale Road and the wind turbines situated at the top of Quarry Road on Caton Moor. A total of 18 Stonechat were seen, the birds were constantly on the move along the wall. Also 2 Wheatear, at least 50 Meadow Pipit, 4 Wren, several Swallow through south, a Kestrel, and a Red Grouse.

I've seen this congregating behaviour by Stonechats before. I found 10 together on Birk Bank on 26 July 2005, seen as a male and female accompanied by 8 juvenile, with a second male coming on the scene when some chasing took place. Another sighting was at Cross of Greet Bridge on 26 June 2006, when I found 10 juvenile together and noted they were leap-frogging along a wall downstream from the bridge. 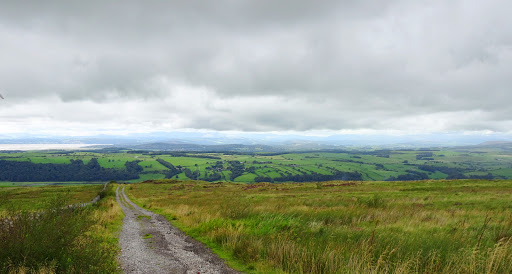 View from Caton Moor. Pete Woodruff.
Views of the inner bay and the Lakeland mountains were marred by low cloud, but spectacular just the same. 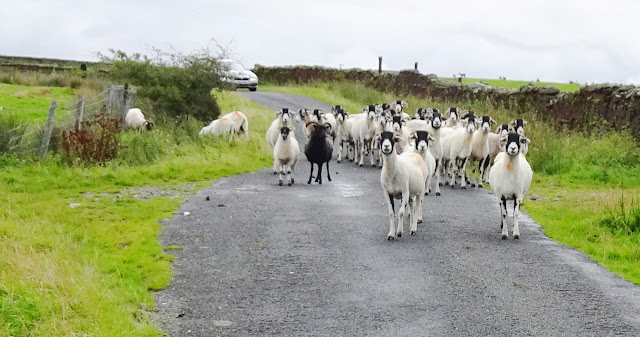 These sheep faced me as I made my way up Roeburndale Road, a flock of Blackface accompanied by a Soay ram. 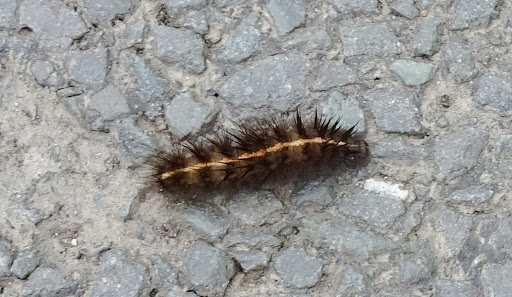 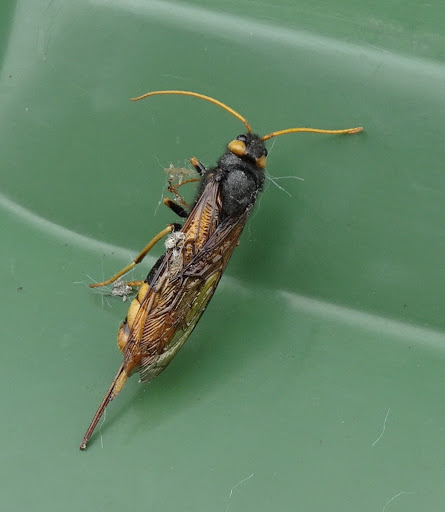 Great Wood Wasp. Pete Woodruff.
Found entangled in cobwebs in the garage, a sad end for a magnificent creature.
Posted by Pete Woodruff at 11:58

I can fully imagine how thrilled you must have been with that Stonechat count, Pete. I think that's probably more than I've seen in any single year!

Did you manage to get past that sheep roadblock without any trouble?

Such a pity that the Wood Wasp ended its days like that - especially as it seems that the spider didn't make a meal out of it - what a waste!