Seek And Ye Shall Find....But Not This Time.

Since the beginning of September, I have personally found or lifted 143 Stonechat records off Lancaster/Fylde bird club websites to date, they include 16 Stonechat seen in our recording area of South Cumbria during Sept/Oct. Thanks to Garry Sharples for being in touch with me regarding details of these sixteen records. 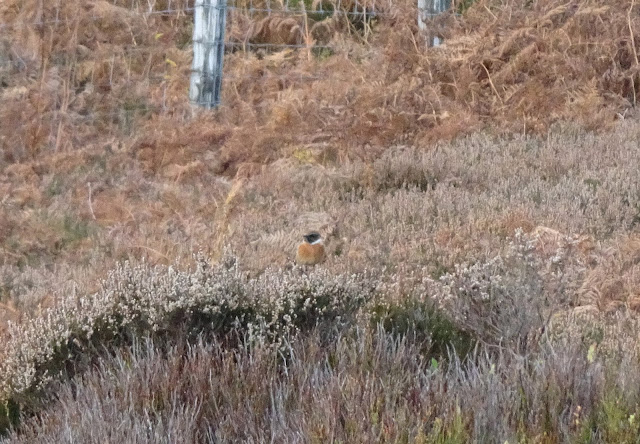 In my quest to locate any wintering Stonechats, I managed a couple of follow-on visits to Bowland again this week, one to Birk Bank, and the following day to Hawthornthwaite Fell. These visits brought about a disappointing result, with a solitary male Stonechat found on Birk Bank being the only bird seen, with none found on Hawthornthwaite. Seek and ye shall find....I don't think so.

But on the east and west side of Hawthornthwaite, I found at least 60 Red Grouse. Simon Hawtin tells me of at least 100 Red Grouse, seen between Lee and Tarnbrook Fell in one session recently. These numbers added to my 78 Red Grouse on 5 October are unprecedented in my records, and I'm reliably informed Bowland shoot days have been much reduced in 2020, with possibly no more than four taking place. 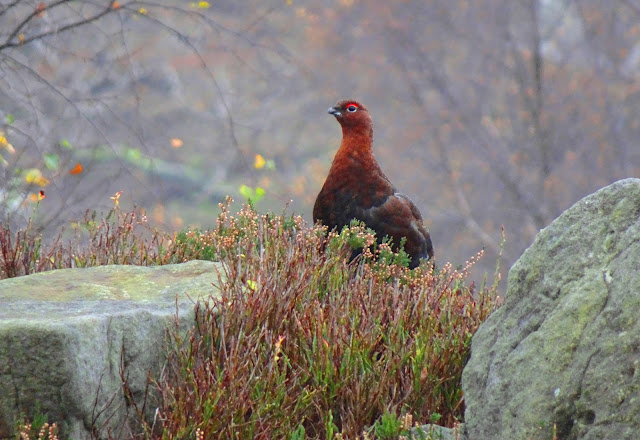 Red Grouse. Pete Woodruff.
I managed some more piks of Red Grouse, and this short video clip has the bird obliging with it's characteristic 'bouncing bark' at the end....Pump up the volume.
View Full Screen
Fungi Diversion.

After the Stonechat negatives, it was my lucky day when I bumped into Ross who knows a thing or two about fungi, and obligingly showed me a specimen he found. 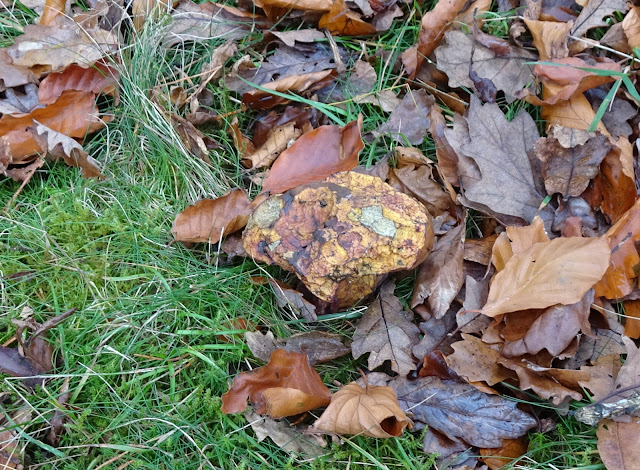 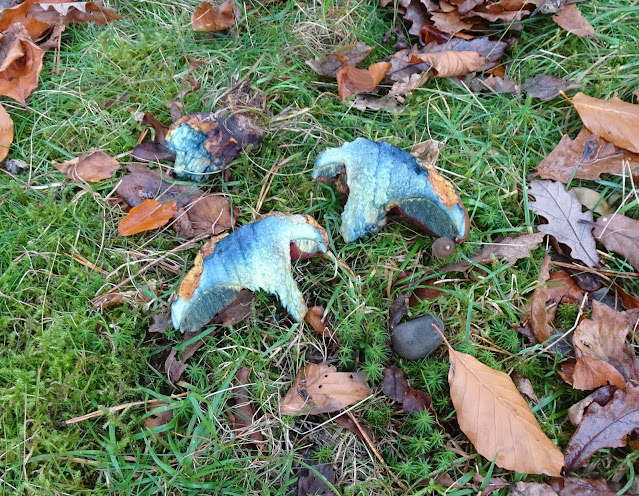 Boletus erythropus Scarletina Bolete. Pete Woodruff.
Ross decided to give me a demonstration, he cut the fungi out and sliced it in half to show when the flesh is damaged the Scarletina Bolete oxidises and turns blue very quickly.

After Ross left, I decided to abandon the Stonechats, and felt inspired to divert my attention to eventually find two more to fungi to identify. 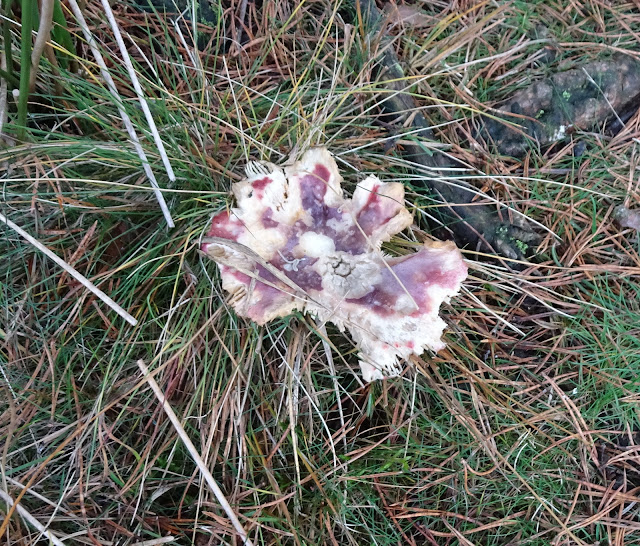 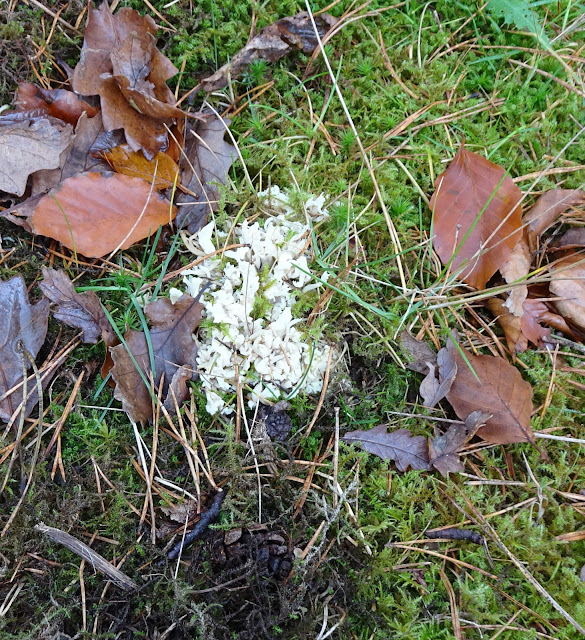 As I came off Hawthornthwaite Fell, I saw an airliner high and flying west, as I attempted to make a video, at 20secs on the timer, a strange phenomenon occurred which I'm unable to explain....See what you think happened here.

At first I had difficulty in seeing what you were querying on that video, Pete, until I re-read your '20secs on the timer'. Until then I'd just taken it as read that your camera had momentarily lost focus as the subject went to the edge of the frame and then the auto-focus had found it again when you brought it back into frame again - and this is what I think probably happened.

I enjoyed your Red Grouse video and its call at the end. Many's the time I've managed to get a Red Grouse to put its head up for a photo by making a rapid clicking sound with my mouth, to vaguely mimic that call.

I reckon you are right about the focus issue in the video Richard. I hadn't give that consideration any thought....Puzzle solved!