A bit behind with the blogging, but I do keep trying....honest!

My latest visit at Glasson, produced notables of, an Avocet, 38 Snipe, 7 Black-tailed Godwit, 3 Bar-tailed Godwit, 3 Greenshank, 3 Goosander, and an adult Mediterranean Gull. To my shame, I failed to take notes on the Redshank, Dunlin, and Lapwing, but note I've yet to find the first returning Golden Plover anywhere.

With Plover Scar near submerged beneath the high tide, a circuit of Cockersand was waderless, but I found 4 Wheatear along the headland, where I saw 2 Small Tortoiseshell by the abbey, and heard Skylark in the stubble but saw just one in the air, 32 seen here 23 Sept.

I had a trio of raptors at Cockersand in the space of 10 mins, when a Buzzard flew from the east towards Abbey Farm, followed by a male Merlin, followed by a Kestrel, both flying in the same direction as the Buzzard. As I returned to the motor, a Raven came down outside the entrance to the Caravan Park.

I walked the 2.75 mile length of the canal towpath - Glasson to Galgate - on Monday, to find 10 Migrant Hawker. Birds noted, 2 Jay in flight together, a Kestrel and a skein of 52 Pink-footed Geese >south.

With two previous treks along the same canal route 15/20 September, this brings the total to 100 Migrant Hawker seen in 27 days.

With KT on Sunday, we were entertained by the aerobatics and antics of a Raven, including collecting a twig, to drop it and collect it again.

A Brimstone flew through on Friday, with 2 Small Tortoiseshell also of note.

I'm even further behind with Blogger than you are, Pete. Just far too much on my plate since returning from the Scillies.

'Just far too much on my plate' but I've not returned from the Scillies....Join the club Richard. Yes, a lovely ton of hawkers

Thanks as always Richard.

Migrant Hawker is a wonderful catch, and the amount of birds, thanks Pete.

Hello Pete, beautiful video...I hope you are well and doing autumn field trips ... Enjoy the beauty of the station ... Be safe...

Good to hear from you again Bob....Take Care.

Good to hear from you too Ana. Lots of us over here are planning on buying a rowing boat, but looking more like some settled and dry weather now....Take care. 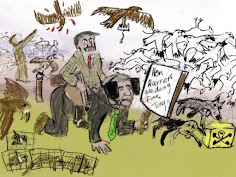