Some recent encounters I've had, have warranted a closer look and some expert opinion sought.
Golden-ringed Dragonfly. 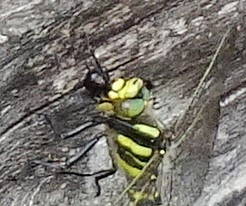 A murderous crop, but quite clearly shows a dragonfly eating what appears to be a beetle for lunch on the boardwalk at Birk Bank on Wednesday 23 July.

I had an interesting response from an invite to hazard a guess at what the Golden-ringed Dragonfly was having for lunch at Birk Bank. If you've seen the video in my previous post, something blue falls from the dragonfly's mouth, and given the beetles colour is a deep metallic blue with a violet reflection, I would say the reliable suggestion fits what we see in the video.

With no records between 1946 and 2003, the Alder-leaf Beetle was considered extinct in Britain. But in 2004 larvae and adults were found in Manchester, probably arriving with plant imports. Now widespread in north-west England and spread into north Wales. It was discovered in Hampshire in 2014, and is now widespread in the south-east.

This is a rubbish video which I binned, then retrieved it when I noticed some behaviour which puzzled me, in that the Keeled Skimmer dips and touches the stone with the tip of its abdomen. On the day, the temperature was something like 28 degrees, how this skimmer settled and stayed a while on the stone is beyond me.

I was doubly pleased about the Dipper on the Marshaw Wyre. Although I was correct in the claim that, despite lengthy searches over many hours, I had seen no Dipper in the area this year. Howard Stockdale found a pair breeding in the Tower Lodge area, and eventually got an excellent video of a juvenile at the location. Thanks for this Howard. 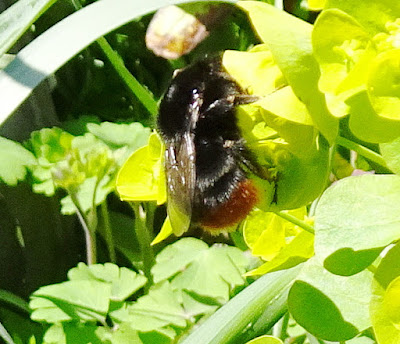 A very distinctive bumblebee, being entirely black with a red tail. I identified this as a Red-tailed Bumblebee Bombus lapidarius. But this one has two pale bands across its body, which - according to two experts - are tricks of sun and shade in the resulting photograph. I remain baffled, but....Red-tailed Bumblebee it is then!
Oak Eggar. 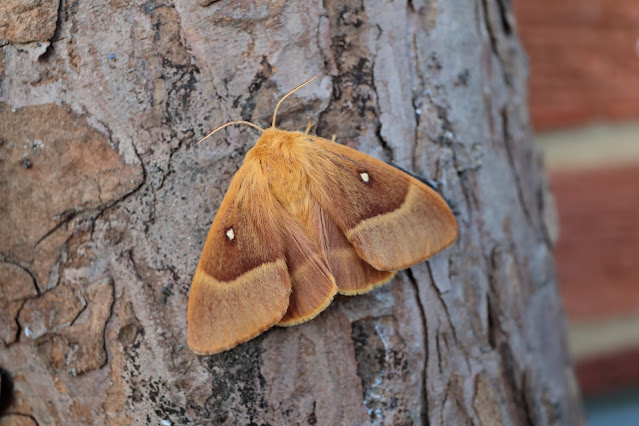 I was grateful for the image of the Oak Eggar sent to me by Ian Mitchell.
Black-tailed Godwit. 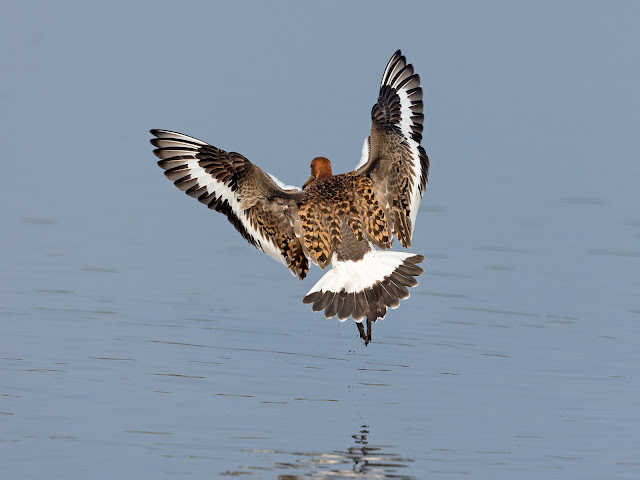 Black-tailed Godwit. Martin Jump.
How's this for studying finer details of the breeding plumage of a Black-tailed Godwit.
Thanks to Ian and Martin for these excellent images, adding some much needed quality and colour to B2B.
Posted by Pete Woodruff at 12:17

Fascinating information on the GRD and cbeetle, Pete.

Super video of the Dipper.

I can confirm that, if you resize a header image to 1182 pixels wide at 300 dpi it seems to work. Worked for me, and a pal that I informed of this too. If you can't do it yourself, email me with a header image image and I'll resample it for you to try.

Thanks Richard....I've sent you an e-mail re the header image.