The New Header And Some Other Stuff!

I now have a header to fit the page again on B2B. The image is appropriately of a Golden-ringed Dragonfly, of which I found twelve in three weeks all in Bowland....Thanks to Richard Pegler for his image and the suggestion to rectify the header problem. 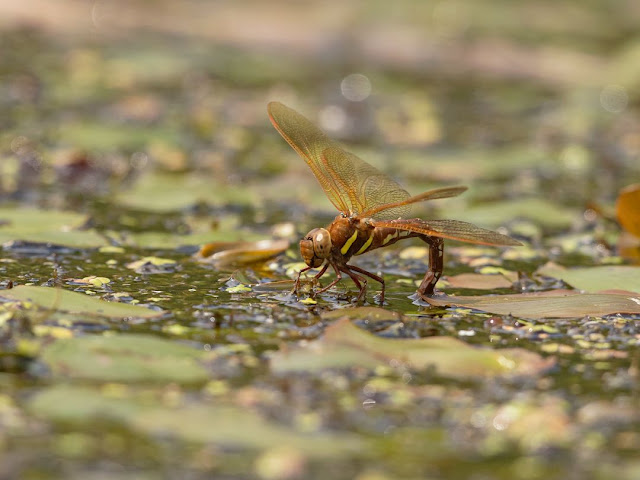 I had a pleasant stroll along the canal on Sunday with KT, along the way we saw our first 6 Brown Hawker of the year, and a male Emperor Dragonfly. We were surprised to see a little gathering of hirundines, with up to 50 House Martin and 2 Sand Martin, they were accompanied by a few Swallow all feeding and taking a drink over the canal, pity there wasn't a couple of Swift with them to make it a full house, also 2 Buzzard were soaring and mewing overhead.

Thanks to Martin for his Brown Hawker ovipositing in Haslam Park NR.

Plenty to go at for the Small Tortoiseshell which spent some time on the Elecampane in the garden.

One of the many hundreds of Red Grouse I've seen over the years in Bowland.

OK, so being off the birding road for a few days, I'm struggling for material at the moment, and with The Glorious Twelfth coming up, you'd be forgiven for thinking I'm going to fill the gap on the blog, to get political and start using foul language, who me....Naaaah! But let's face it, there's a tragic story behind my 30 sec video of the Red Grouse, isn't there?

Cracking header shot. '6 Brown Hawker. Each year I try to photograph this species with the same result ever year, failure. They just don't settle for me. Nice to see you enjoying the dragonflies. Take care.

Can't believe the failure to photograph the GRD will last much longer for you Marc.

Thanks for looking in. Take Care.

Pleased to see that the suggested solution worked, Pete. Will send you a separate message on this.

I very much enjoyed your video of the Small Tortoiseshell. Had a try at phone video a couple of days ago - four male Vapourer moths attending a pheremone-emitting female. The video loked fine when I reviewed it, but my phone threw the video away when I shut down the camera app.!

They say the Covid infection numbers are going down, but I reckon it's just less people admitting they've got it to save getting their mates and colleagues 'pinged' - so keep taking great care and stay safe - - - Richard

Thanks for this Richard. I too will have e-mailed you before you read this. Meanwhile you must also Take Care and Stay Safe.

Hi Pete... Congrats for you new header.. I hope you are well... Happy weekend

Thank you Ana. Hope you are well, and a Happy Weekend to you too....Viva Espana