Below The Nuclear Giant.

In July last year Mediterranean Gull numbers at Heysham were good, I don't recall the month's peak count, but I made two visits during the month, and on 3 July I found eleven birds. So I decided to see what the picture was this year and got to Heysham on Friday 2.5 hours before the high tide to check the roost at Red Nab, and the birds feeding over the power station outfalls.

When I arrived numbers on Red Nab were small, but 2 Mediterranean Gull adult were amongst the mainly Black-headed Gull. I moved on along the seawall to find an adult Arctic Tern on Stage Two outfall, and a 1st summer Little Gull on Stage One, rewarding and made the effort worth while for me. 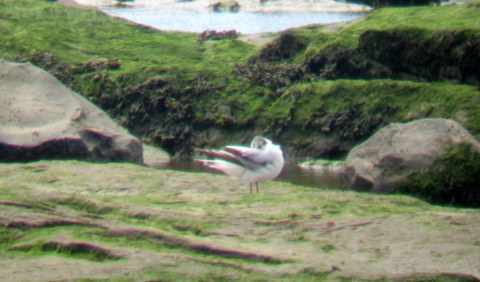 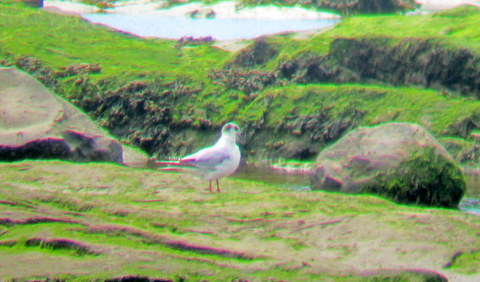 When I returned to Red Nab from the outfalls about an hour before the high tide, gull numbers were even smaller than earlier, though I assume this is not generally the case until the tide has pushed them off. But eventually the Little Gull obliged by coming down on to the rocks to give me excellent views. These two photographs are the best from a few attempts. 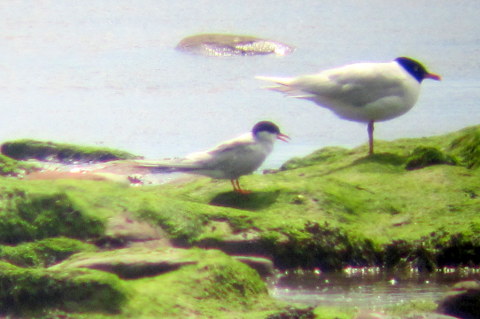 Also very obligingly, the Arctic Tern decided to go stand and be dwarfed by an adult Mediterranean Gull.

Walking back through the Nature Park I heard a Blackcap and Song Thrush both in good voice, a Dunnock, and saw my first Gatekeeper this year, and 2 Meadow Brown.

I decided to get myself up to date at Conder Pool and gave the viewing platform 30 minutes to see 2 Avocet adults, and the young bird still surviving and growing by the day, saw 2 Common Tern, an adult and fledged juvenile, and 14 Common Sandpiper.

According to my records, the Common Sandpiper has wintered at Conder Green for seven years since 2008, but I found one 10 years earlier on 1 November 1998, but never saw one in winter here again until 2008.


So things are looking good, with the star birds progressing well at Conder Pool, and some bonuses for me at Heysham today, and more evidence that perhaps time I got myself some decent photographic equipment!

Thanks for the brilliant Little Owl header, the ultimate of a 'pic with a difference' much appreciated Gary.
Posted by Pete Woodruff at 09:48