Not the day I hoped for yesterday when I went off to Bowland in weather more like the first week in April than July. I decided to do a count, and ended up with 23 species in six hours....well this is upland birding.

The day started on a down note when a couple of hours on Hawthornthwaite produced not a single Stonechat, but a healthy 18 Meadow Pipit were counted with little effort, and at least 8 Sand Martin were hawking over Catshaw Greave. 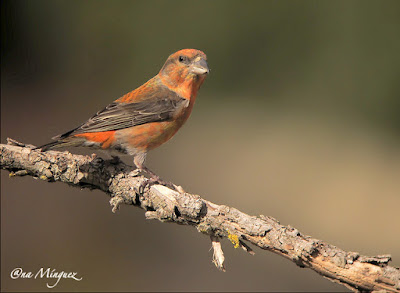 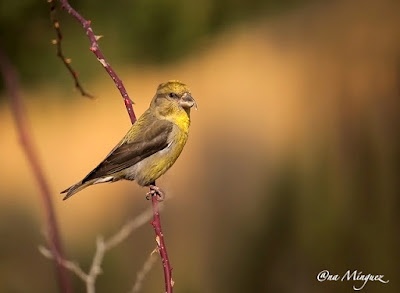 I was coming to the end of the six hour session at around 4.45 pm, when I saw a movement in the conifer tops about 100 metres up the road from Trough Bridge at SD612538 and briefly saw the brick-red plumage of a bird which I failed to see again, but in hanging around for a few minutes my luck was in, and at least 8 Crossbill returned flying back into the conifer tops....nice one.

Also of note between Marshaw - Tower Lodge - Trough Bridge, 5 Spotted Flycatcher indicating three pairs here this year, also 3 Common Sandpiper still up here and not with their early returning relatives at Conder Green, 9 Grey Wagtail were seen as another example of a good year for the species at three locations I visited in Bowland recently, 2 Dipper, 2 Nuthatch and a single Willow Warbler seen, a Red Grouse glimpsed as I went briefly out on to the moor east of Trough Bridge before I retraced my steps back to Marshaw where a good number of Sand Martin, with House Martin and Swallow were hawking over the Marshaw Wyre.

I called in at Christ Church, Abbeystead on the way back to Lancaster, to find four active House Martin nests at the vicarage, and one at the church.

Three Swift were over our house this afternoon, I've never seen this behaviour by the Swift before, not seen below rooftop height and not over our garden.

Thanks to Ana for the brilliant images of the Crossbill, I appreciate this very much.
Posted by Pete Woodruff at 15:09

Have a wonderful week Pete..

The Crossbill is a scarce bird for us in our area, so it was good to find these few today.

Thank you Ana, hope you also have a wonderful week.