I enjoyed some time at Heysham on Wednesday, arriving there three hours before high tide to look over Red Nab, check the outfalls, and look in on Heysham Harbour. 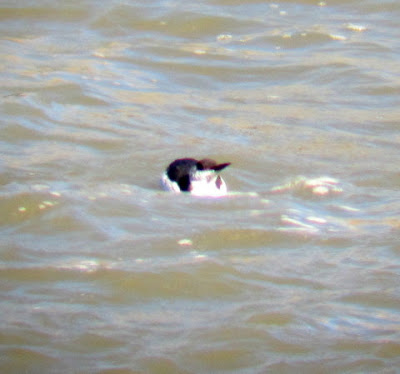 This was the best I could do for a picture of the Guillemot currently finding itself in Heysham Harbour, in the corner by the power station intake.

There was a large gathering of gulls on Wednesday, I'd seen a report of perhaps up to 1,000 small gulls on the outfalls in recent day's, but my estimate on Wednesday was that of 500 on Stage 2, and 50 on Stage 1. But my main aim was to eventually find 14 Mediterranean Gull, with eleven on Red Nab near high tide, one seen on Stage 1, and two on Stage 2. 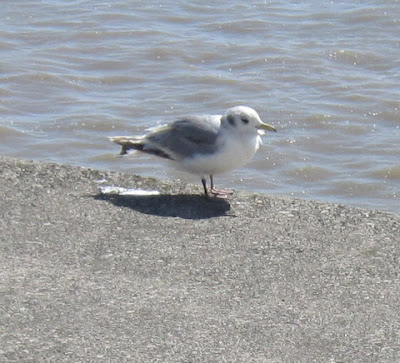 Earlier I had been to Conder Green if only to see how the star bird was faring on Conder Pool, I found an adult and the young Avocet which was wing flapping with gusto on one ocassion. An increase to 5 Little Grebe on the pool has these bird's arriving back here a little earlier than in previous years particularly in this number. Along the coastal path, 5 Common Sandpiper were downstream in the channel. I saw a Whitethroat, and found 4 Gatekeeper and a Small Skipper.