Strapped for birding and blogging time, and unless things change for the better soon, probably not able to get to Conder Green - or anywhere else - until Monday.

But I have IP to be thankful to for keeping me updated with news and pictures on Conder Pool matters, where life and death is at the forefront of things. 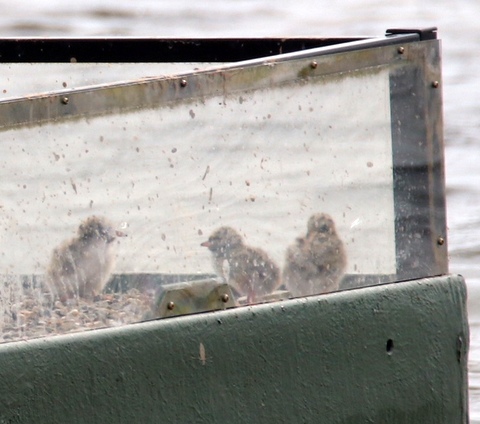 The pontoon Common Tern now have three chicks taking a first look at life through the window....I'd like to think, with good parentage and no predation, we'll see these three flying around the pool, having escaped to freedom from their prison around 10 July. 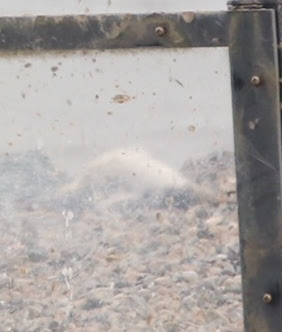 Whilst as predicted from the start, inevitably the Oystercatcher pair have now lost all three of their young, the evidence of one remaining in the pontoon....the other two?

Killer in the garden. 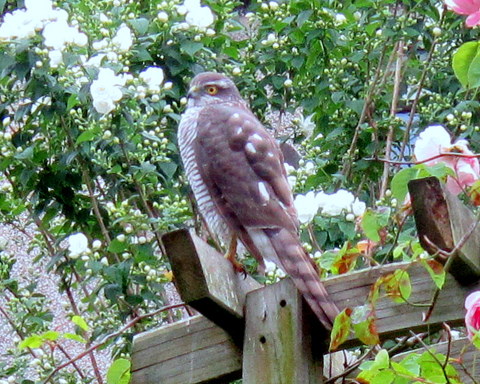 This Sparrowhawk was the first thing I struck eyes on when I opened the kitchen blind yesterday morning. One of our Blackbird males flew over its head, then ran along the garage roof without a flinch from the hawk, then a Blue Tit landed on the arch behind it living life dangerously. I reckon this brute had already taken and eaten one of the local Starlings, as we found feathers later in a pile at the back of the garden, and when I found the Sparrowhawk, it was quietly digesting breakfast whilst glaring at the Blackbird on the rooftop without as much as a blink....Lucky Blackbird.
Posted by Pete Woodruff at 10:23

An interesting discussion is price comment. I believe that it's best to write extra on this subject, it may not be a taboo subject however generally persons are not enough to speak on such topics. To the next. Cheers casino slots