I got no further than the Lune Estuary at Glasson Dock after my visit to Conder Green on Monday, where I saw more early returning waders when I found 4 Common Sandpiper and up to 145 Redshank, there was also the first returning Little Grebe in it's fine summer plumage. I was a little surprised to find my record of an even earlier Little Grebe here on 9 June 2017, but it'll be a while yet before the number builds to a double figure on Conder Pool by the autumn.

Seven Common Tern were on Conder Pool, four adult and the three chicks still looking good Tuesday morning according to IP's report, despite savage attacks by the invaders from the island the previous day. The island pair have abandoned their breeding attempt, but an Avocet at the opposite end leads me to suspect they might be nesting on the back side of this island, also noted 19 Tufted Duck. Lone birds were a Tree Sparrow in the hedgerow, a Swift over the pool, and a Black-tailed Godwit and Whooper Swan in the creeks.

Two Common Tern plunge diving on the Lune Estuary at Glasson Dock were probably Conder Pool birds, otherwise six adult in the area, 3 Eider were the only other birds to note here at high tide.

I saw not one butterfly today, but was treated to a beautiful Cinnabar moth in the long roadside grasses at Conder Green. 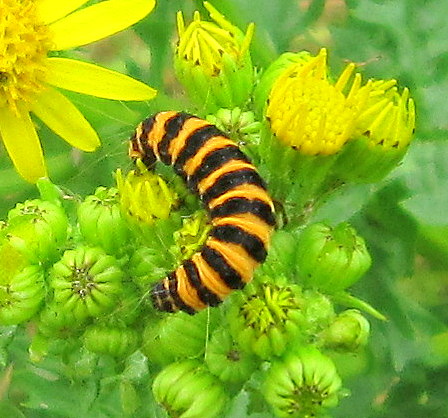 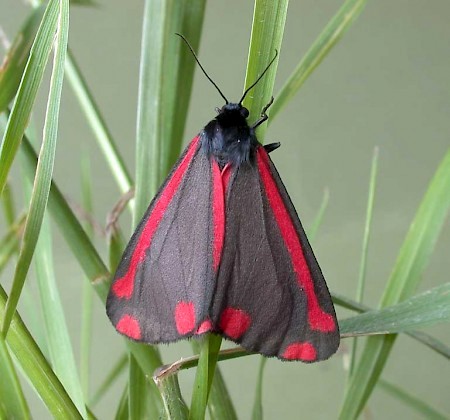 Except for maybe Burnets, the Cinnabar is not confusable with any other British species, it is a fairly common moth. With yellow and black hoops, the larvae generally feeds on ragwort and other related plants.

I'm grateful to Ian Kimber@ UK Moths for allowing me the use of his image.
Posted by Pete Woodruff at 13:06

Hi Peter!!.. I hope you have a fantastic summer with many birds and adventures. In a few days I´m going to travel to the coast of Spain..I hope photographing Flamingos and sea birds .. We'll see..


I learned so much from this!