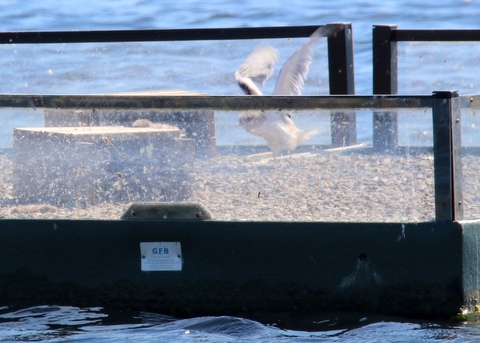 Looking good at Conder Green yesterday, with increasing returning numbers at every visit. At one point 9 Common Tern were on Conder Pool, with all round encouraging signs about the three youngsters on the pontoon, and prospects of an early fledge by the eldest of the trio.

The second adult pair of Common Tern look to be set to go for a second brood - that's if they ever had a first - and IP always claimed to have seen eggs in the scrape at the first attempt. 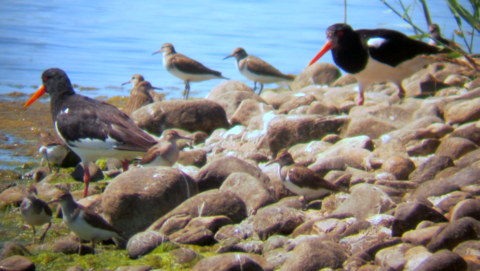 In the numbers up club, of the 12 Common Sandpiper seen, nine were on the near island at my first visit, on the second visit all twelve were in the creeks, 242 Redshank were strung out and roosting along the far terrace accompanied by a Greenshank and a Black-tailed Godwit. There are now 3 Little Grebe back on Conder Pool, an Avocet still sitting on the right hand edge of Tern Island, and a Redshank had only one chick on show today from two seen on Monday.

Notes from a token visit to Cockersand....12 Eider were off Plover Scar, 2 Whitethroat heard, 3 Skylark were in the air together, 5 Pied Wagtail were around the dregs left in what was the large flooded ditch through the field by the junction with Slack/Moss Lane, where the sick/injured Whooper Swan has remained for in excess of six months.

Butterflies seen were a good number of uncounted Large White, up to 14 Meadow Brown, and 2 Small Tortoiseshell. A Green-veined White was in our garden yesterday.
Posted by Pete Woodruff at 08:15