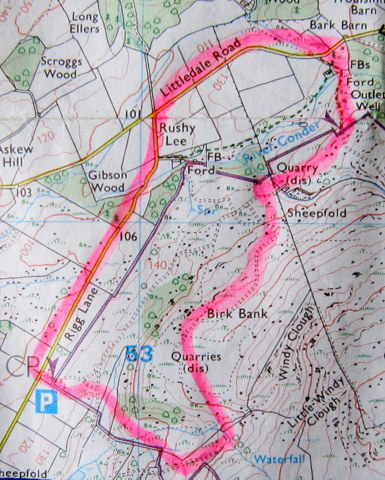 By the time I had soaked up the enjoyment of the Keeled Skimmers on Birk Bank bog, then done the 5 mile circuit, to returned to the bog for another dragonfly session, I'd had the perfect example of a good days birding which took me five hours to complete.

The Red-Letter day continued when I had climbed up to the two styles to reach the top of Birk Bank where I found 9 Stonechat, a lone bird on the wall looking east to Clougha, eventually turned out to have been a part of the family party of a pair with a full brood of five young, later at the NE end of Birk Bank I saw a distant lone male, which - with the distance between them - probably wasn't connected to the female seen further on.

In the circuit I noted 18 species including, Garden Warbler and Blackcap heard from the bog. I saw but mainly heard 8 Willow Warbler, 5 Mistle Thrush, Robin, Dunnock, Blackbird, Wren, Chaffinch, Wood Pigeons, and 3 Curlew with their variety of calls. My miserable year with the species continued when I saw just one Meadow Pipit....unbelievable.

Of 10 Red Grouse seen, I'd flushed four adult and six young at four sightings. A flock of c.70 'corvid' exploded into the air, the majority were Rook with Carrion Crow, they were flying all over the place, and were very vocal for some reason. As I walked the return along Rigg Lane I found a Sedge Warbler, and by then had probably seen 60 Swallow feeding over the fields.

Though the war rages on, and four adult Common Tern have been in battle on the pontoon on occasions over recent days, which could all too easily turn nasty for the three young which are coming along in leaps and bounds, being fed large fish at times, and even some early wing flapping exercises now and again, though I reckon 15/16 days yet before they become fully functional. 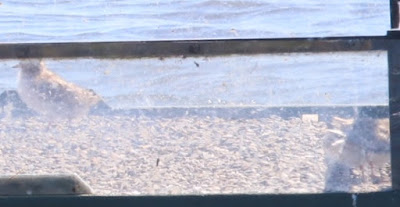 Evidence in the image above, of three Common Tern young thriving, despite conflicting reports of only two birds four hours before this shot was taken.

The Avocet pair are still in the breeding business, with the female sitting tight, and the male preening and feeding occasionally in the creeks.

Thanks to Mike Atkinson for the excellent header image of the stunning male Stonechat.
Posted by Pete Woodruff at 10:36