Seven Common Tern on Conder Pool Friday were as seen a week ago on 8 June which was the last time I was there. Other than the three chicks on the pontoon have grown a little, there was no change regarding these seven, but it makes watching the young chicks a little more anxious when the adults keep leaving them unattended whilst they go off fishing, I personally didn't think this would have been their behaviour to leave them at the mercy of predation....Wrong again! 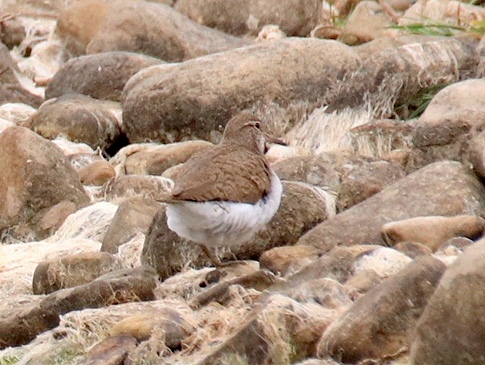 An early returning Common Sandpiper flew in, one last seen at Conder Green 26 April, and certainly not expected back here in my book just yet. At least one Avocet seen, but no idea what they're up to at the back of the pool, as I've not yet done any trespass to find out, there's also the surprise of 3 Little Ringed Plover here on 4 June but not since, to ponder over. A number of Redshank, 15 Tufted Duck, a lone Black-tailed Godwit, and a few Sand Martin were over the pool, and a short walk across the A588 road bridge upstream saw a Reed Warbler and Reed Bunting. 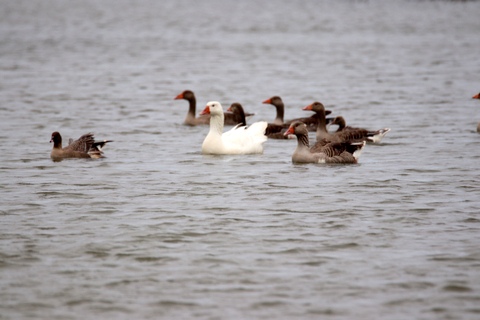 The farmyard brigade appear to have a couple of Pink-footed Geese latched on to them on Conder Pool Friday.

A circuit of Cockersand to see if a little something unexpected could be found, but wasn't. Up to 90 Dunlin, 12 Ringed Plover, and 3 Stock Dove were in the field off Slack Lane, a pair of Eider off Plover Scar. A Swallow or two, and more surprising a House Martin were around Bank Houses, 2 Sedge Warbler, a Reed Bunting, Kestrel, and 5 Skylark in the air all singing their never ending fast paced rolling, chirruping, whistling flight song....Brilliant.

Another day with just one butterfly seen, a Small Tortoiseshell. 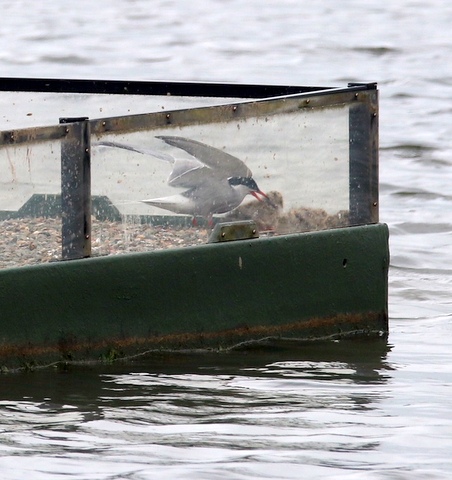 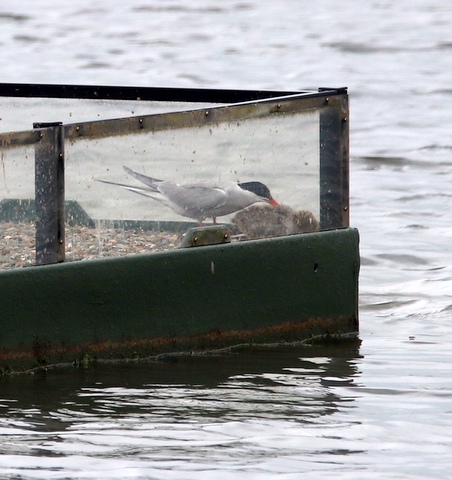 Sunday news and images from IP on Conder Pool re the Common Terns was worrying and not good. In these two shots, the island adult is seen being serious in an attack on the pontoon chicks which was part of a battle royal on the pontoon between all four adult birds at one point, the island female having left its nest of three eggs for up to 2 hours according to IP's report.

Monday morning news was good news from IP, all three CT young on the pontoon were OK....Thanks for keeping in touch, and for the images Ian, it is much appreciated.
Posted by Pete Woodruff at 10:41