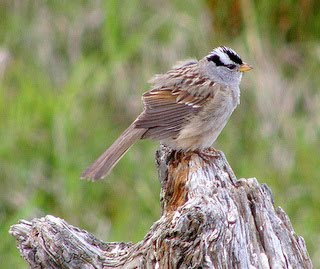 White-crowned Sparrow. Paul Baker.
With visitors to Birds2blog from the US approaching 200 I thought a couple of birds of North America would be a good idea to fill in until tomorrow when I hope to be back birding in an as yet undecided area. 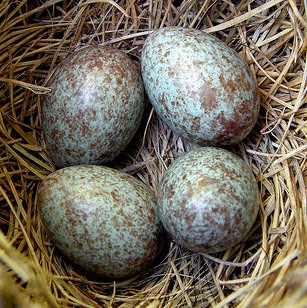 White-crowned Sparrow nest with four eggs. Paul Baker.
Thanks to Paul in BC Canada we have an excellent image of the White-crowned Sparrow, the benefit of knowing Paul is that we also have an interesting shot of the nest with four eggs.
The first of this species found in the UK was of a bird on Fair Isle, Shetland on 15 May 1977. Having been observed feeding with House Sparrows it was still present the following day. 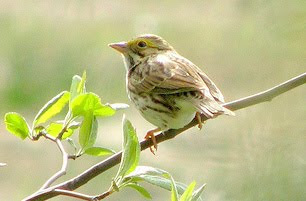 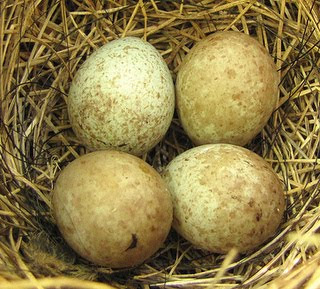 Savannah Sparrow nest with four eggs.
Two more images from Paul are of the Savannah Sparrow and nest of four eggs. The first of this species to be found in the UK was of a bird at Portland Bill in Dorset on 11 April 1982, it remained until 16 April and actually established a small territory where it was watched by hundreds of observers, two American ornithologists established the bird to be of the race P.s princeps known as the Ipswich Sparrow.

Many thanks for these four photographs Paul they are very interesting.